Dedicated to everyone suffering from live music withdrawal, especially Sandrinha and Pipo. 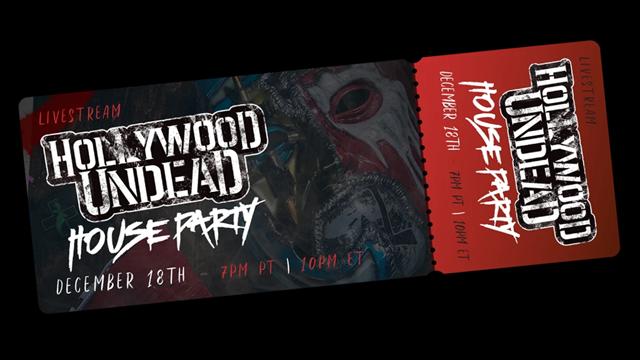 Live streams are far – waaaaaay far – from “the same thing” as live on-site’s, but it helps filling the void left by the lack of the latter. So when one of your favorite bands announces one of those shows, you buy the ticket without blinking – not even checking if you can actually make it… After all, 7 p.m. in Los Angeles is 3 a.m. in Gaia and I’d probably be tired af from another week at that madhouse I call office. Yeah, I know the stream would be active (“raging on“, to use their own words) all weekend, but when you love music as much as I do, waiting for the next day is not an option.

The trailer and several promotional photos indicated the stream would be a prerecorded performance, so I don’t understand why so many people were pissed about it. Besides, you’re watching it on a screen, just like any other video. What’s the freaking difference?

Teaming up with Danny Wimmer, they’ve put up quite a scenario to host this event. Well, two scenarios, actually, as “Idol” is quite the must-be-played song but Tech N9ne couldn’t be there and they had to use the original footage of the video featuring the rapper; the cozy rehearsal-room-like background wouldn’t fit in such footage, so they came up with something more stage-ish.

Dead Bite was “controlling the door”, his “no mask, no entry” directive such a rich pun. Then just like the tour Corona virus forced them to interrupt, the gig kicked off with “Time Bomb”. They didn’t play “Enemy” on the Madrid date of said tour but I remember Danny saying on his “Ask Me Anything” video it was one of his new live favorites; it came next and it sounded great indeed.

We knew there would be guests, so when Danny asked 3 Tears if he’d heard anyone banging and then “Heart Of A Champion” came on, it was easy to guess ICE NINE KILLS–Spencer Charnas and PAPA ROACH–Jacoby Shaddix were the ones knocking. But they didn’t come through any door… Not sure what material they had the walls made of (cardboard, maybe?) but both Spencer and Shaddix blasted through them. Afterwards, Dead Bite threw some party crashers through those same holes while HOLLYWOOD UNDEAD cheered from the couch…

After “Another Way Out”, they’ve changed to the aforementioned “more professional” scenario to perform “Idol”. Of course it would be a waste to use that awesome light display on one song only, so three more followed suit – including “Comin’ Thru The Stereo”, with Hyro The Hero joining the party.

Back in the room for the encore (“Bullet” and “Undead”) but not before implying we had drunk/smoked to the point of passing out and dreaming about masked HOLLYWOOD UNDEAD. While J-Dog sang his “Undead” verses, Danny started ripping apart the walls, the show ending with J-Dog picking the “Welcome to Hollywood” graffitied piece and driving a punch through it.

They say they had an “absolute blast getting the entire Undead Army together on a global level and we can’t wait to do it again soon”; I’ve felt the same watching it, so I assure you I’ll be in front of my screen when that “again soon” takes place. It’s a shame that it was a pandemic and the impossibility of playing live that made this happen in the first place.

Hitting the print screen button turned out pretty much trickier than the shutter-release one of my cameras: