LIBRAH’s “Inside The Black Balloon” 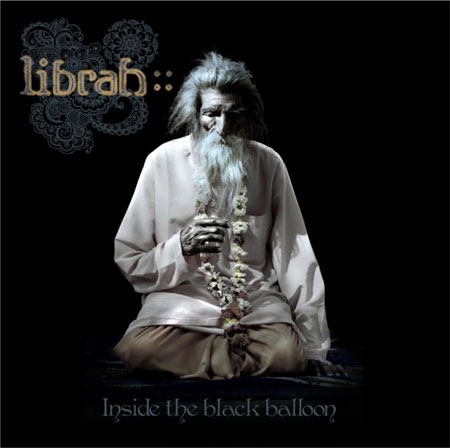 Martin Boman is probably best known as Bollnäs-Martin, the charismatic radio host at Bandit Rock Radio. Yet his entertaining vocal skills go much beyond that and being the voice (and soul) of Librah is the living proof of such.

“Inside The Black Balloon” was originally released in Scandinavia on Halloween of 2011 and has finally reached the international market early March this year. But as the band was formed in the spring of 2006 and I’ve been listening to songs like “Echoes From A Dying Bell”(still my personal favourite), “Someone At The Door” or “Thinner” on their MySpace since 2010, waiting for their debut album became kind of a natural thing.

The Swedish trio calls out to your deep emotions through an enthralling twist of alternative and experimental rock, entwining one single guitar with resonant bass lines (Jonas Sundgren) and vibrant drum patterns (Henrik Johansson). While “Welcome Denial” will take you to an Arabian oasis, with an exotic and spunk combination of riffs,“Thinner” will lull you in a melancholic elation that you can only get from well-structured sad songs. “Red Matter” will give you a more full-of-life feeling, with its sharper beats, and “Someone At The Door”unfolds in an easy-going rhythm. The soft catchiness of “Otherside Of The Sky” will linger in your ears, which will also happen with “Until The End” but due its almost trancing chords. And the reason why“Echoes From A Dying Bell” is my favourite, as aforementioned, lies in a certain sadness that’s rather beautiful than depressing, with a set of string arrangements adding up a special touch.

It took time, but it was worth it – “Inside The Black Balloon” it’s this little dark ride which good ol’ alt rock lovers won’t want to miss.