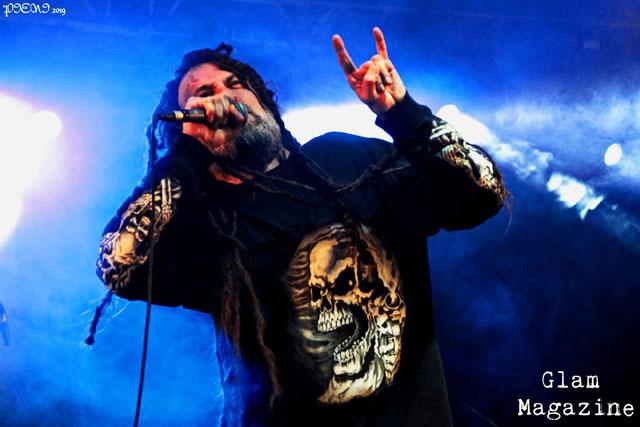 As headliners, the general expectation was that SIX FEET UNDER would play more than just an hour – especially when it was the first time they were playing in Portugal. On the other hand, the satisfaction brought by such a roll of classics – ending with two CANNIBAL CORPSE covers, from the time Chris Barnes was still singing there (“Stripped, Raped And Strangled” and “Hammer Smashed Face”) – was bigger than the disappointment of such a short gig, making it worthwhile for those who’ve waited so many years to see them.

A metalhead who loves photography and her friends.
View all posts by Pieni →
This entry was posted in Concerts and tagged Amazing Events, Death metal, festival, Glam Magazine, gore, Quinta do Ega, Six Feet Under, Vagos, Vagos Metal Fest. Bookmark the permalink.