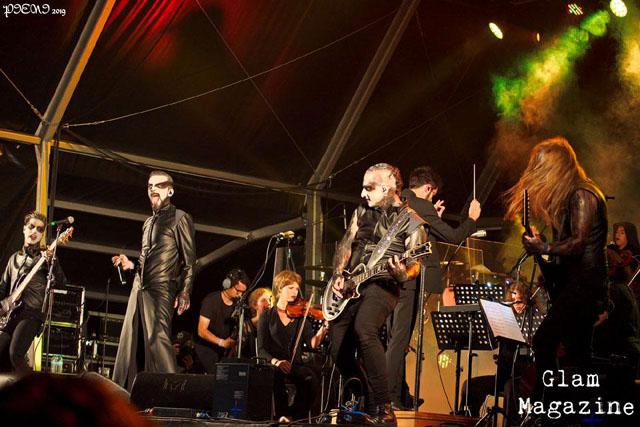 A metal band joined by an orchestra is always something people get curious about and there was a considerable number of them waiting for THE GODIVA – way more than the usual fans of the band.

After an almost 10-year hiatus, the band from Famalicão had returned the previous year but this was just their second show since; Pedro Faria has a posture and vocal skills that no one can point any fingers at, but he needs to practice his communication with the audience a bit. With so many instruments on stage, pauses for retuning those instruments were inevitable, and Pedro‘s hesitation caused an awkward silence between songs, in a concert that lasted about one hour and a quarter. But apart from that… When I’ve first heard about this venture, Pedro said something like “this either goes very well or very bad – there’s no in-between”. I say it was the first option and rumor has it that working with the Purgatory Orchestra again is in the band’s plans.