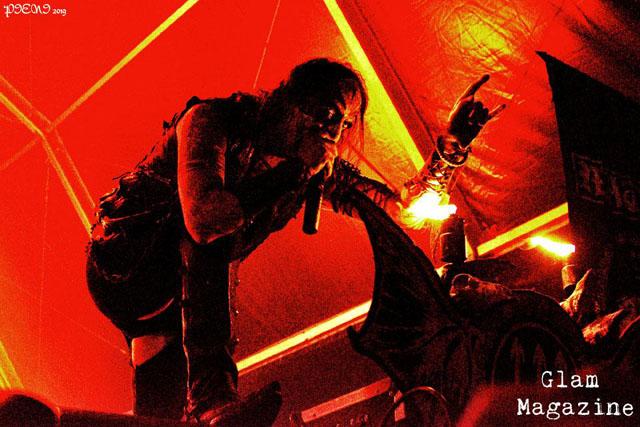 WATAIN: black metal in its purest and most magnificent form. Yes, the flames and blood definitely catch your eye, but so does Erik Danielsson‘s charisma, meaning it’s not just the apparel that makes their live performances so popular.

Leaving only “Rabid Death’s Curse” out, the Swedes went through their discography with such intensity that it’s impossible to pinpoint just one highlight.

When “Holocaust Dawn” came to an end and Danielsson put out all the firest, the firemen finally relaxed.

My cousin fetched the setlist for me but almost one year later, I’m still waiting for it. Thanks, cous…

A metalhead who loves photography and her friends.
View all posts by Pieni →
This entry was posted in Concerts and tagged Amazing Events, black metal, festival, Glam Magazine, Quinta do Ega, Vagos, Vagos Metal Fest, Watain. Bookmark the permalink.