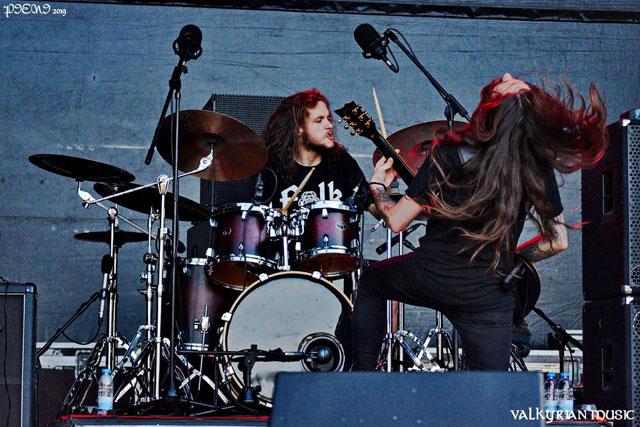 Also out of the Raising Legends label – but bearing a much heavier sound – WRATH SINS got on stage next. With a solid fan base, a big part of them were ready to welcome, among others, “Unquiet Heart” and “Fear Of The Unseen” while the band from Gaia was still doing soundcheck. And as soon as the concert began, it wasn’t only the fans who let themselves be carried away by the quality of such prog-hinted thrash.

A few days before they had announced the title of their next work – “Kalopsia” – which will be a concept EP, but it was still too soon to play something out of it live.