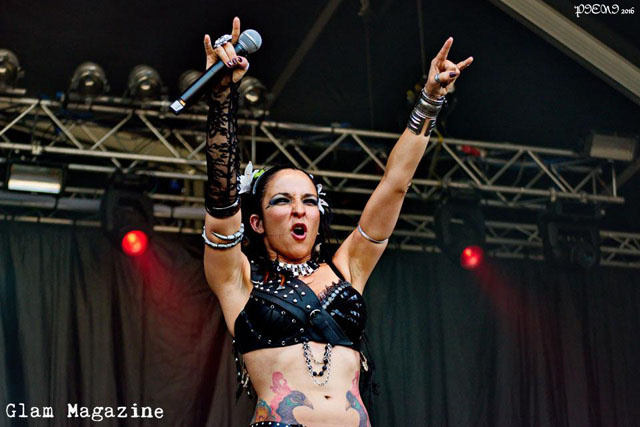 GODVLAD‘s alternative metal kicked off the festivities on the second day. Once again the promoters chose a name not much in vogue but capable of surprising, both for the peculiar sound and the striking attitude. I had seen GODVLAD in the end of 2011 and was by then impressed by singer Vanessa‘s at ease; now, five years later, the whole band seems more confident.

Last February, the EP “Dark Streets Of Heaven” thickened their discography and it was “Broken”, featured in that piece, which closed the set.

A metalhead who loves photography and her friends.
View all posts by Pieni →
This entry was posted in Concerts and tagged alternative, Amazing Events, Godvlad, metal, Quinta do Ega, summer festival, Vagos, Vagos Metal Fest, VMF. Bookmark the permalink.