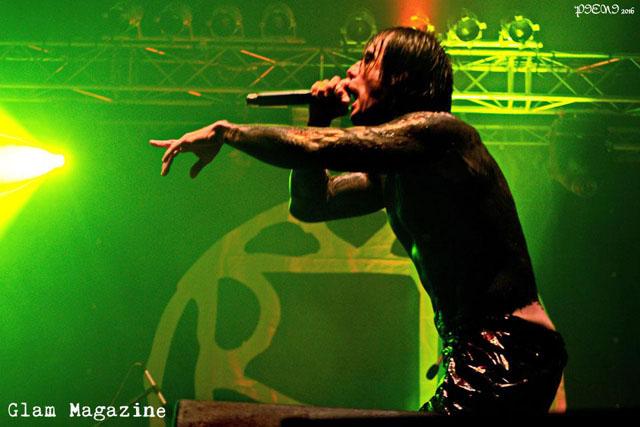 Nowadays, headliner stands for “headlining the prime time” and not playing last; therefore BIZARRA LOCOMOTIVA got on stage already past 00:30. However, given the excellence of their gig, no one should feel the urge to correct whoever called the band from Lisbon as “the first day headliners”. They’re the kind of band that never lets down anyway. The interaction between Rui Sidónio and the fans is well known and the singer jumped among them several times, so they could sing along him. In “O Escaravelho” the help was special – KARBONSOUL–Muffy (a couple of weeks before, in Famalicão, she’d done it on stage – see here). The show lasted a deserved one hour and a half and ended with Alpha destroying his portable keyboard and throwing the pieces in the air – not exactly in a rock star attitude but out of frustration, as the instrument had stopped working. Some fans kept keys as a souvenir.