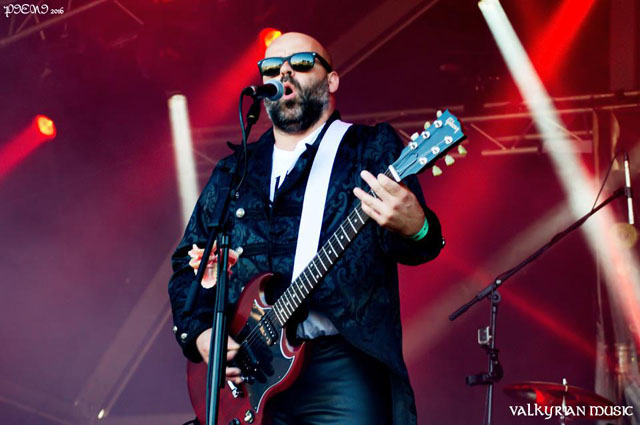 It was a little past seven when VIA SACRA got on stage with a long and somewhat mystic intro – that sadly everyone heard from the outside. This is probably the only complaint I have about this year’s festival: how misinformed the security staff was regarding when they should let the people in… Anyway, there they were, in their 16th century clothes (maybe later – I’m not really good in ancient fashion), joyfully rocking out. The first act of every day was chosen after a national contest but the fest promoters must have felt a little proud of VIA SACRA since they are a local band. Still I didn’t see many fans of them – people singing along and such – which doesn’t mean they weren’t welcomed by the crowd; songs like “Baby, Baby” and “Secret Garden”seemed to please everyone, even those who were listening to them for the first time. VIA SACRA thanked them all, of course, but also their friends, family and even their parish.

A metalhead who loves photography and her friends.
View all posts by Pieni →
This entry was posted in Concerts and tagged alternative, Famalicão, gothic, Laurus Nobilis, Louro, rock, summer festival, Via Sacra. Bookmark the permalink.