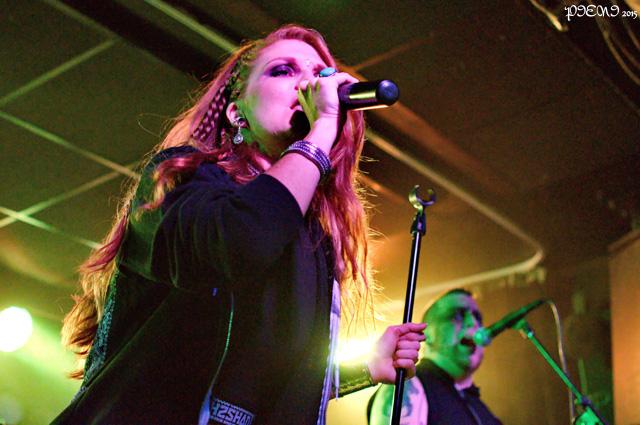 WE ARE THE CATALYST were more popular among the crowd, as they’ve been around for about three years now and have a longer discography – an EP from 2013, “Panem et Circenses”, and a full-length from last year, “Monuments”. There was even a group of what seemed to be die-hard fans (and probably friends) of bass player Joni, as they kept screaming his name. But friendships apart, the band’s good, really good. They play alternative rock, just like their support act, and also have a girl – Cat– as lead singer; but guitarist Kenny take a big part in the singing, and the combination of both is quite powerful. Songs such as “Never Fall”, “Not Alone”, the catchy “Fight For Air” and the brilliant cover of SWEDISH HOUSE MAFIA’s “Don’t You Worry Child” kept everybody in high spirits.

A metalhead who loves photography and her friends.
View all posts by Pieni →
This entry was posted in Concerts and tagged alternative, Gothenburg, Klubb Defused, rock, Sticky Fingers, WATC, We Are The Catalyst. Bookmark the permalink.