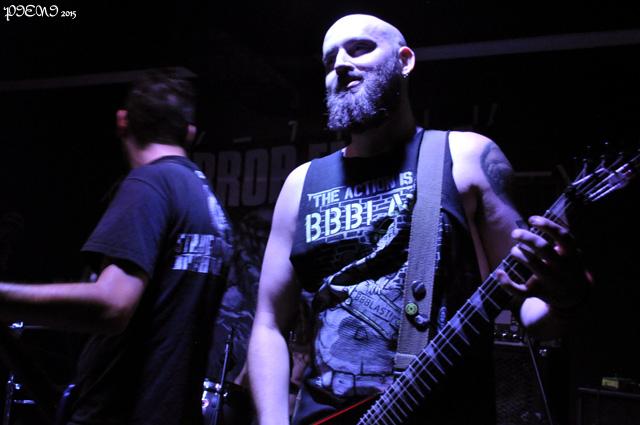 TERROR EMPIRE‘s thrash metal caused a lot more fuss among the moshers (pun not exactly intended, regarding the Mosher clothing brand of guitarist Rui Alexandre…) so I didn’t dare staying long up front – hence the poor quality of the photos.  But that only shows how great the response was, how brutal the gig was. In fact, they even had to repeat “The Servant” on the encore, by request of the crowd. TALES FOR THE UNSPOKEN–Marco got on stage to help Ricardo sing “Good Friends Make The Best Enemies”, also from the band’s debut album, “The Empire Strikes Black”, released early this year.

A metalhead who loves photography and her friends.
View all posts by Pieni →
This entry was posted in Concerts and tagged A Decade From Within, Bustos, HardBar, Mosher clothing, Revolution Within tour, Terror Empire, thrash metal. Bookmark the permalink.