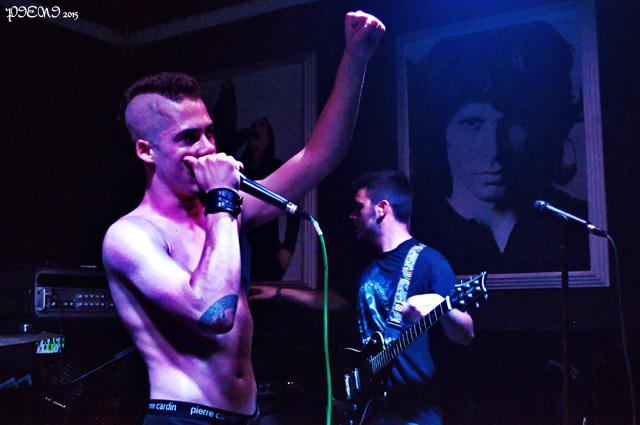 In celebration of their 10th anniversary, REVOLUTION WITHIN put up a 4-show-tour, suitably called “A Decade From Within”. I caught up with them on the third date, where MONOLYTH was the first band on stage.

It had been one year and a half since I’d first (and last) seen them, but still I noticed a few line-up changes. And having reviewed their debut album “Origin”, released in October last year, I was also able to identify a couple of new songs, even before singer MP announced them.  The gig itself was better, not in terms of performance but interaction with the audience – besides the larger number of fans, the small size of the venue brought them closer and the bond got tighter. MP even joined the mosh pit a couple of times and was carried up in the crowd’s hands closer to the end. SOTZ singer Dan, who’s been a friend of the band for a long time, got to co-sing his favorite tune “Obsolete”, but other fans also grabbed the mike at some point.

A metalhead who loves photography and her friends.
View all posts by Pieni →
This entry was posted in Concerts and tagged A Decade From Within, Bustos, Death metal, groove metal, Hard Bar, Monolyth, Revolution Within. Bookmark the permalink.