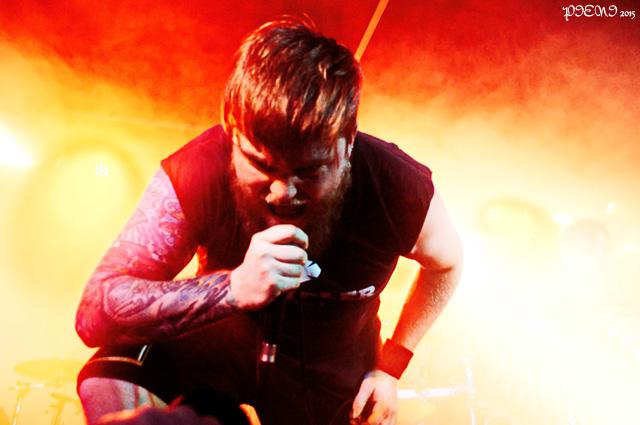 Now HATESPHERE didn’t need any introduction to the Portuguese audience. Last time the Danish played here, in support of HYPOCRISY, “Murderlust” had just been released – three days before – and we were hoping that they would return to promote it as headliners. That didn’t happen but it didn’t make the reaction of the fans less enthusiastic – some of them were there that night exclusively to see them perform.

Because of the delay, they had to cut their set shorter, beginning with “Reaper Of Life” instead of “Lies And Deceit”, as apparently was the original idea (I took a peak at the setlist, where “Lies…” was at the top, crossed all over by a black marker).  Still, as in any other HATESPHERE gig, they made the best of their available time, totally owning the place.

Since Trevor Strnad wasn’t there, it was the crowd that helped Esse singing “Iconoclast”, doing the same gesture of repeatedly raising the arms in the air, as it’s typical of THE BLACK DAHLIA MURDER singer. “Oh, so you know the guy? Good!”, said Esse with a grin. He would also say we looked beautiful, even if he admitted he couldn’t see a thing, thanks to the smoke machine.

And speaking of helping singing… At some point, Esse turned the mic into someone in the crowd, and later he would actually pass it into someone else’s hands. Not sure if those “someones” were random as the first was Afonso Ribeiro, drummer in local band GATES OF HELL, and the second was Raça, former singer in that same band – a band who plays this cool little song called “Abusive Resolution”, where Esse did some guest vocals on its recording.

“Oceans” and “Sickness” were the two final songs, the latter entitled to the already traditional wall of death. The moshing that followed suit was even more intense than what had been until then and trust me – that says a lot. Once again we wish next time we’ll see them as headliners, like we did back in 2010, when still promoting “To The Nines”. One can always hope, right?

The GATES OF HELL and REVOLUTION WITHIN guys having a blast: 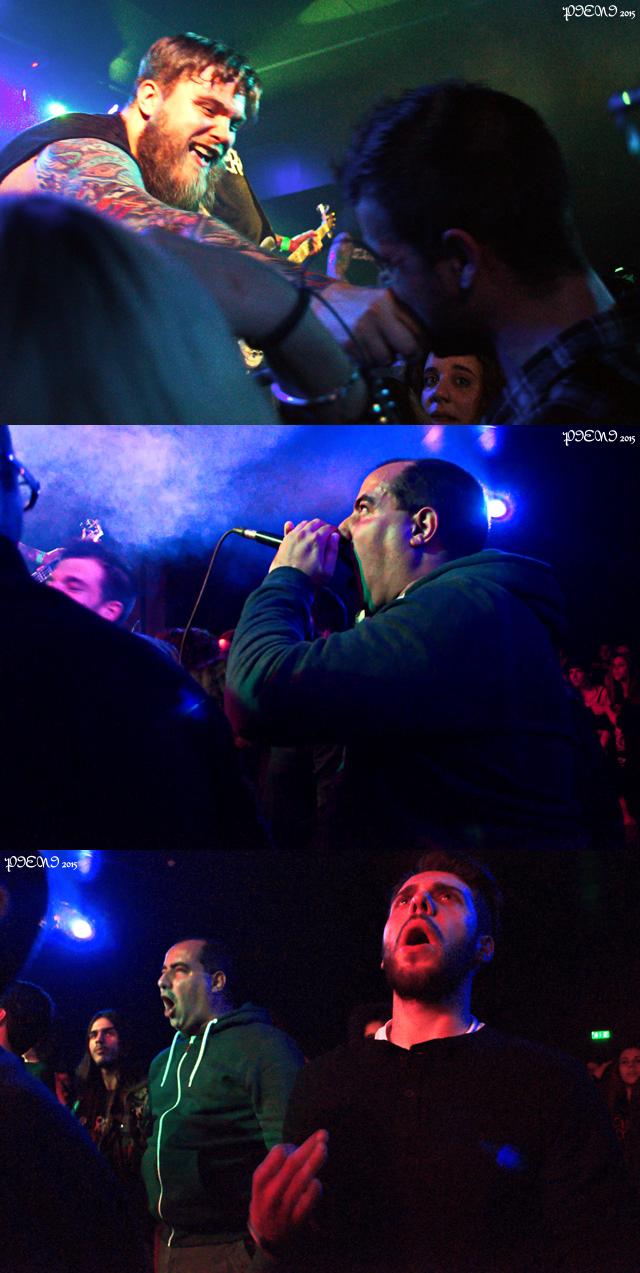 A metalhead who loves photography and her friends.
View all posts by Pieni →
This entry was posted in Concerts and tagged Finntroll, Gates Of Hell, Murderlust, Porto, SWR Inc, thrash metal. Bookmark the permalink.