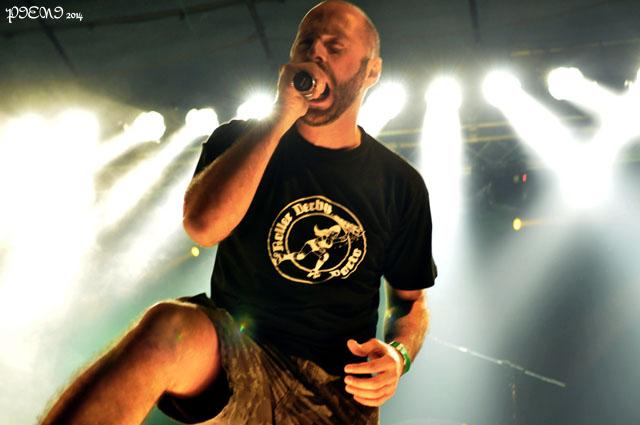 EQUALEFT also got a deal with Raising Legends for their upcoming debut album “Adapt & Survive”. The release is scheduled for 31st May, so they thought it was about time to play some new tunes: “New False Horizons” (which kicked off the gig), “Human” and “Maniac”. During the latter, singer Miguel dived into the audience and crowdsurfed to the back of the venue, as if to bring the songtitle to life. But it was probably just a coincidence, as he’s famous for doing this kind of thing. Same with the lightsaber he coordinates the mosh pit with in the beginning of “Invigorate”, a joke that’s become a mandatory tradition now.

The new songs sound stronger than ever, all those strings (6 in the bass, 8 in each guitar) giving a richer meaning to the band’s motto “in groove we trust”. Amazing gig, as alwaays.