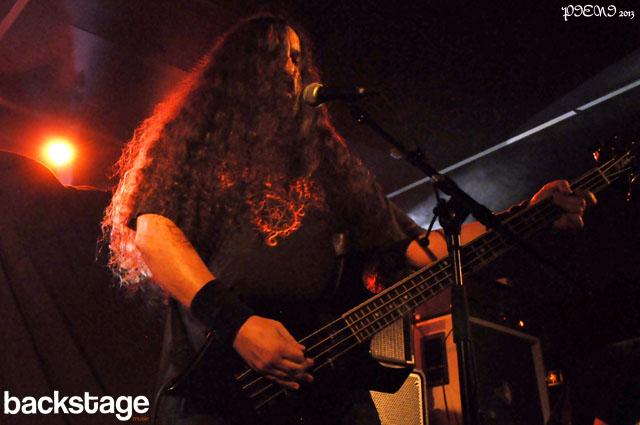 Lisbon-based THERIOMORPHIC warmed up the crowd. Playing death metal since 1997, “Death Almighty” and “Silent Moon” were the chosen tracks for the kick-off. As singer/bassist Jó said, there wasn’t much time (the usual half hour for the opening act) and not many words were spoken, just a song introduction here and there – including the new “Marching Towards The Sun” – and the thank yous. The audience reaction was good enough (many hadn’t arrived yet, others were still digesting the exchange from Room #1 to Room #2), but the gig’s brutality had no flaws. They said goodbye with the title-track of their second album (already 5 years old), “The Beast Brigade”.

A metalhead who loves photography and her friends.
View all posts by Pieni →
This entry was posted in Concerts and tagged Death metal, the beast brigade, Theriomorphic. Bookmark the permalink.