Three Portuguese bands had the honor of supporting W.A.S.P. in their 30th anniversary tour. The very first, getting on stage almost as soon as the doors were opened, was heavy rockers MISS LAVA.

They were actually the only ones I knew, and turned out to be the ones I enjoyed the most. I’d seen them back in 2010, in the second edition of Vagos Open Air, and I enjoyed the raw rock’n’roll they provide.

The venue was still half full, but given the early hour (19:15) one could say it was quite crowded – something singer Johnny Lee aknowledged and heartfully thanked for. Among a few others (they played for about half an hour, maybe less), we heard “Black Rainbow”, the new single “Ride” and in the end my personal favourite “Sleep With The Angels”. 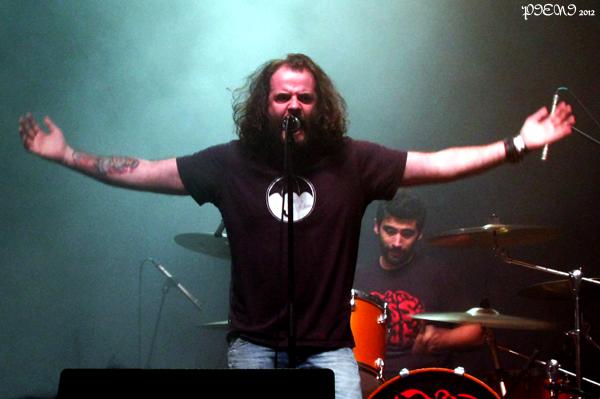 Then came ATTICK DEMONS. I’ve heard a lot about them, but never got curious enough to check them out. Why? Let’s just say that I’ve had my share of classic heavy metal with a hint of power metal. And this gig just proved me right. Don’t get me wrong, they’re good musicians and singer Artur Almeida has a really strong voice. But in terms of creativity… either there’s a real lack of it or I just got to that point where all these bands sound all the same.

But that wasn’t the general case – in fact there were many people clapping their hands constantly and singing along songs such as “Atlantis” and “Flames Of Eternal Knowledge”. And some other that I can’t remember the title but Artur said it was the bonus track of the Japanese edition… (a joke the Portuguese rocker Rui Kid from THE FIRE used to tell a lot).

I also didn’t appreciate the three guitars thing. Not only their sound isn’t fit for that, no matter how influenced they may be by IRON MAIDEN, but in that particular gig the techs didn’t adjust the volume and so it sounded way too shrill and confusing.

Definitely not my thing, but I can’t say it was a bad concert just because I personally didn’t like it. 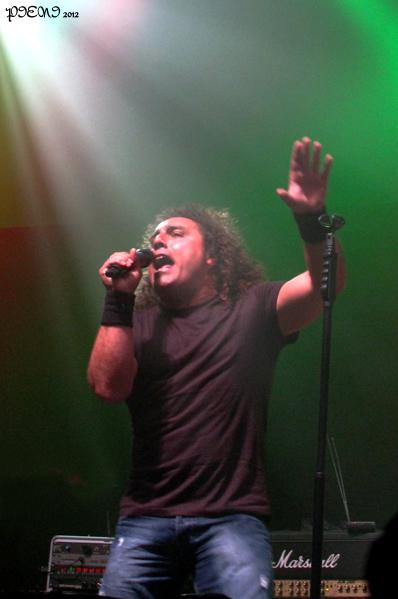 And then IBÉRIA, another one I’ve heard about so many times before but who was also a premiere for me – even though they’ve been around since 1987.

They play some sleazy hard rock, which is more of my liking, but again I couldn’t stop that I’ve-heard-this-before-by-someone-else feeling. And once again I must say they’re good performers and have a solid fan-base who screamed and cheered along “Revolution”, “She Devil” or “Angel”.

Some devoted fan kept screaming “Hollywood”, which I understand to be one of their hit-singles, even featuring MOONSPELL-Ricardo Amorim on guitars, but for some reason, they didn’t do it. Shame, as I saw the official video on youtube and it sounded really rocky. Still it was a cool gig.