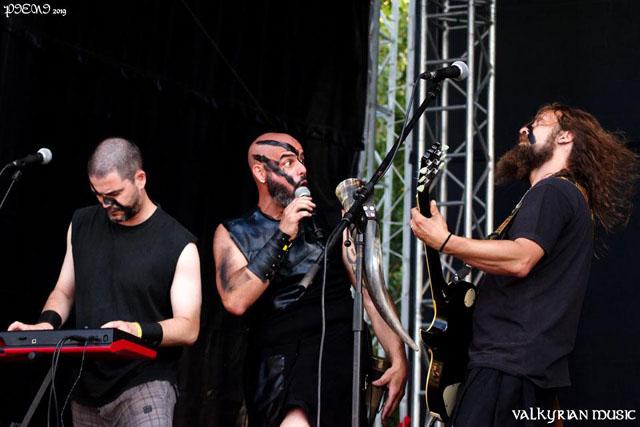 GWYDION means “born of trees” in Welsh but in the national metal it stands for “big party” – while the Scandinavian Vikings spread terror through Europe, these ones from Lisbon disseminate exhilaration.

“Thirteen” had been released the prior year and songs such as “Strength Remains”, “793” or “Thirteen Days” already inspire human trains, mead toasts and rowing Drakkars in land as much as “From Hel To Asgard” or “Mead Of Poetry” have been doing so for almost a decade.

In-between a variation of “Ave Maria” (“Ó Zé traz vinho” – Portuguese for something like “hey Joe, bring wine”) sung by the crowd – which singer Pedro Dias went along with -, they introduced the new drummer Marta Brissos.