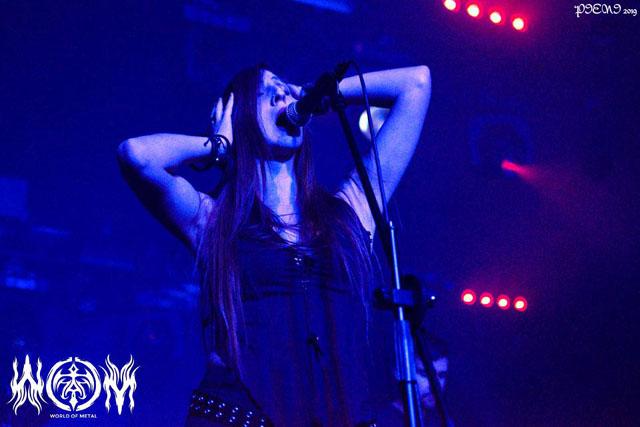 At eight-thirty sharp, Lisbon-based REVERENT TALES got on stage. Don’t feel bad if you’ve never heard about them before, as they got together just last year and the debut album “Visceral” is yet to be released. It’s one of the latest ventures of the Amazing Artists Agency, who took this event to promote the band a little bit.

Raquel Nunes has a strong growl, but the clean parts, of a low pitch, sounded somewhat insecure. But then again, it could just be the sound system, which was uneven most of the time. Anyway, songs such as “Above Me” (the first single), “Enclosure” or “The Era Of Witches” were applauded with quite the enthusiasm.

A metalhead who loves photography and her friends.
View all posts by Pieni →
This entry was posted in Concerts and tagged Amazing Events, hard club, Kamelot, metal, Porto, Reverent Tales, WOM, World Of Metal. Bookmark the permalink.