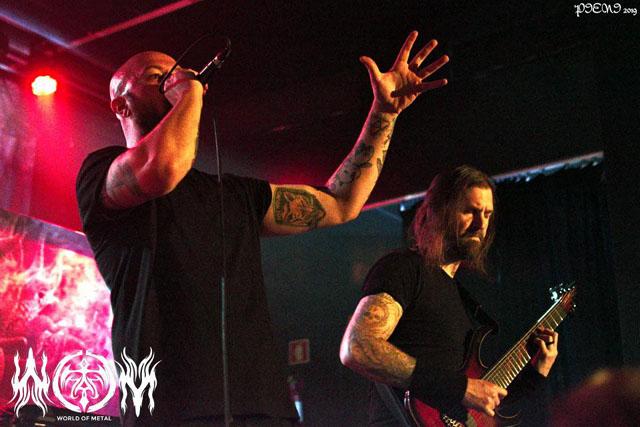 ALLEGAEON, on the other hand, have a new record ready to be released next month. It was still too soon to promote it, but since the single “Stellar Tidal Disruption” had been rolling on YouTube for a couple of weeks already, that track was part of the setlist.

Owning a larger discography, such setlist covered more milestones of their career, saying goodbye with the one which can be considered their first hit – “Behold (God I Am)”.

The fierceness in Riley McShane‘s movements while singing were proof that on a less crowded stage the energy discharge would be a lot more violent; still its level on that night didn’t disappoint anybody.

A metalhead who loves photography and her friends.
View all posts by Pieni →
This entry was posted in Concerts and tagged Allegaeon, hard club, Obscura, Porto, SWR Inc, technical melodic death meta, WOM, World Of Metal. Bookmark the permalink.