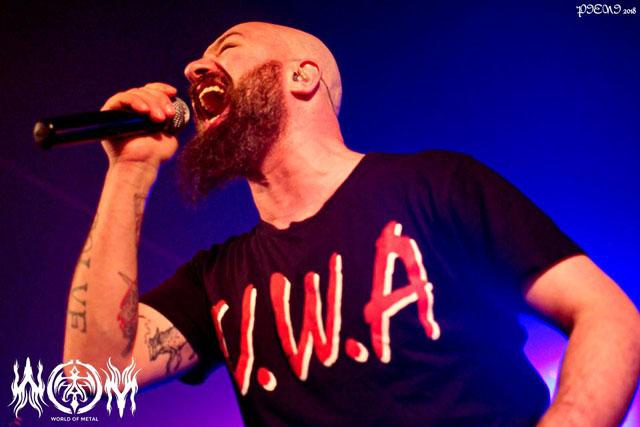 ARCHSPIRE were just as intense but definitely more spirited. This wasn’t a co-headlining tour but it might as well have been, given the number of people moved by the Canadians.

Amidst lame jokes – Oli Peters admitted being aware they weren’t funny at all but he didn’t know what else to say, apart from thanking us for our presence – “Relentless Mutation” was the most highlighted album, while the crowd’s feedback was a constant thrill, both in those and all other tracks. And all of a sudden, they were already playing the last one (“Remote Tumour Seeker”). It felt short, real short.

A metalhead who loves photography and her friends.
View all posts by Pieni →
This entry was posted in Concerts and tagged Archspire, hard club, Porto, SWR Inc, technical death metal, World Of Metal. Bookmark the permalink.