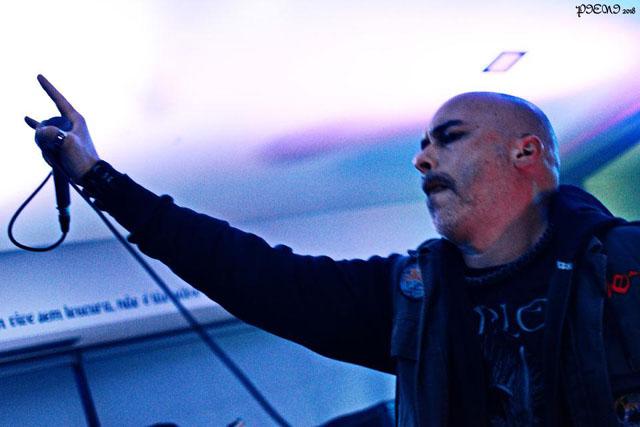 GRIMLET took over and their death-ish metal drove the crowd crazy. Still promoting their third album “Theia: Aesthetics Of A Lie”, singer David recalled its release party the previous year when INFRAKTOR had also performed (see here) but most importantly how GRIMLET had been around for “a while” (19 years, to be exact) and had crossed paths along that journey with members of both INFRAKTOR and SOUL OF ANUBIS in their previous projects – Katito and Shaq in SKEPTIK and Chico in PITCH BLACK (he either forgot that Ricardo had also been in PITCH or he didn’t recognize him, now that he wears his hair short

). Anyway, it was really nice to go down memory lane, even if for just some brief seconds.