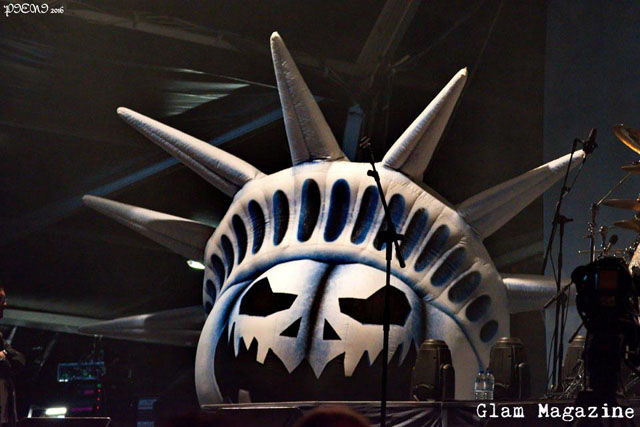 A few years had passed since the last time HELLOWEEN visited Portugal but Andi Deris seemed to be up-to-date in the reality of our country when saying “fuck the banks!” and advising us not to pay the bankruptcy of such institutions…

The whole band looked pleased to be back and the warmth that welcomed them proved the crowd had also missed them. With 15 studio albums it’s getting harder and harder to choose what to play and the veterans of the German power metal, even with a one-hour-and-a-half show, were forced to go for medleys – “Halloween” / “Sole Survivor” / “I Can” / “Are You Metal?” / “Keeper Of The Seven Keys”. That’s why I personally disapprove of drummer Daniel Löble and guitarist Sascha Gerstner‘s solos – that time could have been spent with other classics. But “Future World” and “I Want Out” still end their concerts and the one in Vagos was memorable.