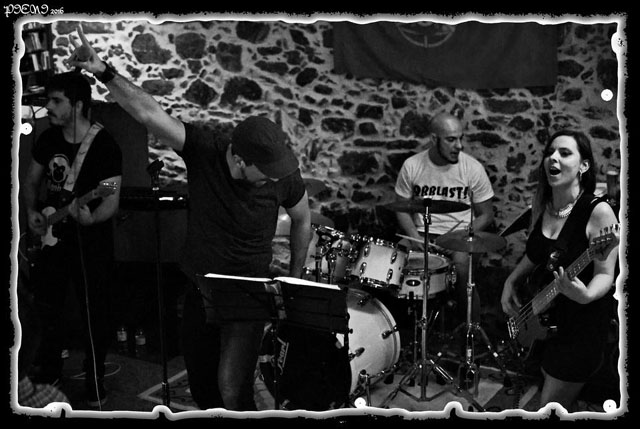 HOT STREAK is a new cover band of rock hits – all kinds of rock, from STEPPENWOLF to ALICE IN CHAINS, going through INCUBUS. This was their first gig and singer Rui even misspelled their name for “hot strike”.

But apart from that, you couldn’t really tell they were nervous. The only negative thing I have to point out is that, with so many bands and songs out there, they didn’t need to cover NIRVANA twice (“Heart-Shaped Box” and “All Apologies”). I don’t know if they were going to repeat other bands, as the concert was interrupted by agents of A.S.A.E. (Portugal’s Economic and Food Safety Authority) – some licenses were amiss, apparently. We still saw one hour of the show, but it was supposed to last one more. Waiting for the rematch.