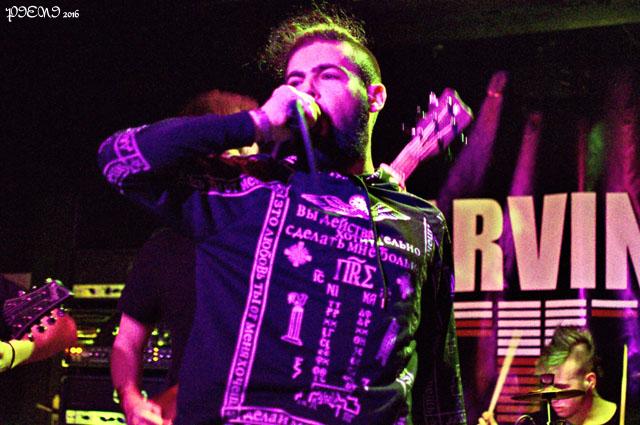 Founded in 2013 and having released their debut album, “Feed Your Food”, a few months ago, these youngsters seem to already have a considerable number of followers. Some of them were there, singing along and slamdancing like there was no tomorrow. Well deserved, as CANNIBAL GRANDPA are indeed good in what they do. Too bad the stage was too small, otherwise I’m pretty sure there would’ve been more movement up there. Still, they managed to put up a vigorous performance, living up to the brutality of songs such as “Face To Face”, “Grey Man” or “Legacy”.

A metalhead who loves photography and her friends.
View all posts by Pieni →
This entry was posted in Concerts and tagged Before We Go tour, Cannibal Grandpa, deathcore, madrid, More Than A Thousand, Sala Starving. Bookmark the permalink.