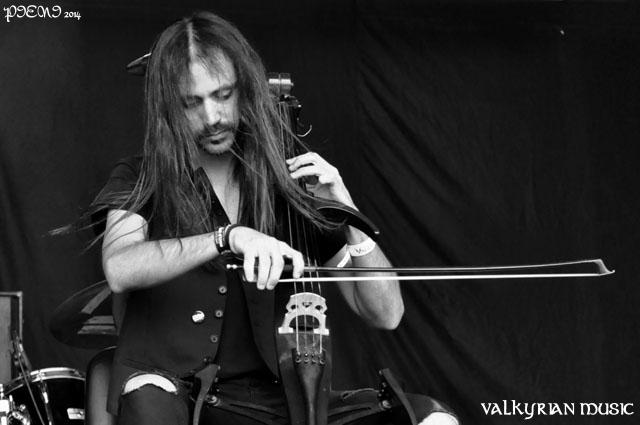 First band was OPUS DIABOLICUM. The die-hard MOONSPELL fans will recognize this name from one of their early songs (from the 20-year-old EP“Under The Moonspell”, in case you’re not familiar with it). The name isn’t a coincidence, since OPUS DIABOLICUM did with MOONSPELL the same that APOCALYPTICA did with METALLICA – instrumental covers in cellos.

The gig didn’t kick off very well. After just a couple of minutes they had to interrupt due to a problem in the cello on the right (I wish I could tell you the name of the musician, but their Facebook page doesn’t mention names). And since none of the other two addressed to the audience, the silence became a little awkward. But when the cello was back in order, they attacked those strings with “Opium” and the crowd soon forgot the incident, singing the lyrics strongly. I confess I wasn’t expecting such a great feedback and I’m happy I was wrong about it. Of course they played some MOONSPELL key-hits, and that might have helped – “Vampiria”,“Nocturna”, “Scorpion Flower” – and such any MOONSPELL gig, they wrapped it up with “Alma Mater” and “Fullmoon Madness”. Neat!