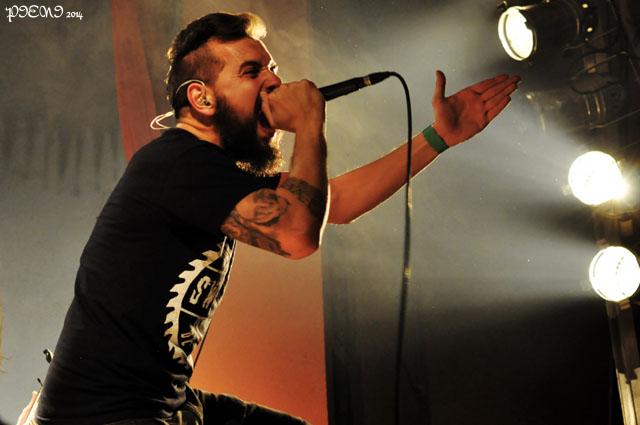 PRIMAL ATTACK was formed in 2012 and played in last year’s edition of the fest – one of the first bands in the afternoon. They were already talking about an album, which would be released that June (“Humans”). And now they got one of the prime-time slots of the festival’s bill, where they would even record footage for a DVD. Talk about a meteoric rise… But I guess it’s deserved – well, I’m sure it is, given the hell they brought upon and in front of the stage.

Hugo from SWITCHTENSE put some vocals on “Despise You All” and the crowd did the same with pretty much the whole setlist.

A metalhead who loves photography and her friends.
View all posts by Pieni →
This entry was posted in Concerts and tagged MMF, Moita, Moita Metal Fest, Portuguese underground, Primal Attack, Seven Stitches, Switchtense. Bookmark the permalink.