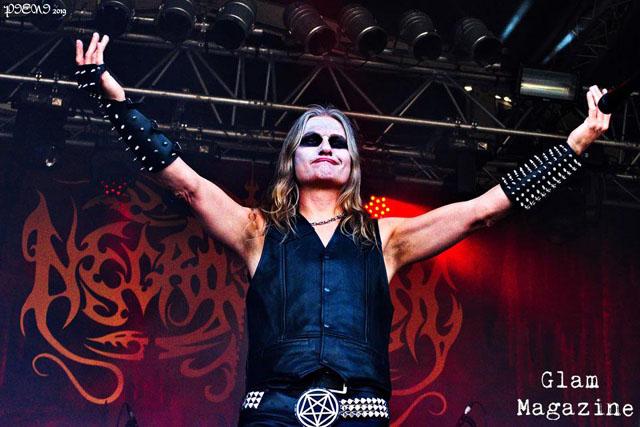 Even if they didn’t mention it, NECROPHOBIC were celebrating 30 years of “a darker kind of death metal”, which eventually turned simply “black metal”. “Celebration Of The Goat”, “Blinded By Light, Enlightened By Darkness” and “Revelation 666” were just some of the tracks featured in a notorious set list, performed and welcomed in an equally notorious way.

Pretty sure all those angry faces were meant to be scary, but I thought they were funny as hell – pun intended.

A metalhead who loves photography and her friends.
View all posts by Pieni →
This entry was posted in Concerts and tagged Amazing Events, black metal, festival, Glam Magazine, Necrophobic, Quinta do Ega, Vagos, Vagos Metal Fest. Bookmark the permalink.