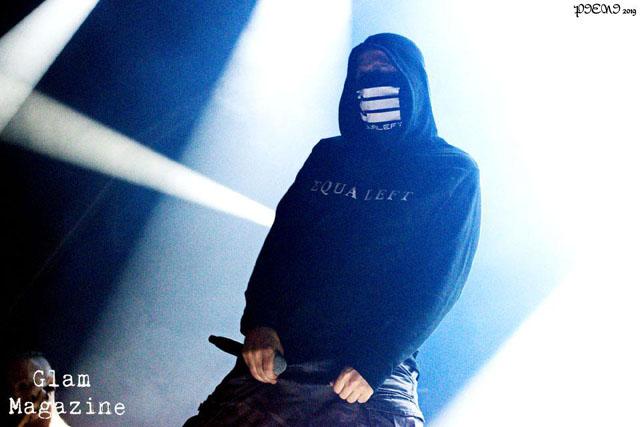 We’re always teasing Inglês about the cookies and how people only go to EQUALEFT shows just to get some, not really for the music, but come on – no one would stand for so long in the cold and pouring rain if that were true. Their sophomore album “We Defy” fortified their standing in one of the highest ranks of the national groove metal and the adrenaline discharge which characterizes their live shows are just as – or even more – legendary than the aforementioned cookies.

I was soaking wet, my fingers all slippery and the camera losing focus on a regular basis, so eventually I gave up shooting – but leaving before the show’s end was not an option.

A metalhead who loves photography and her friends.
View all posts by Pieni →
This entry was posted in Concerts and tagged Amazing Events, Equaleft, festival, Glam Magazine, groove metal, Quinta do Ega, Vagos, Vagos Metal Fest. Bookmark the permalink.