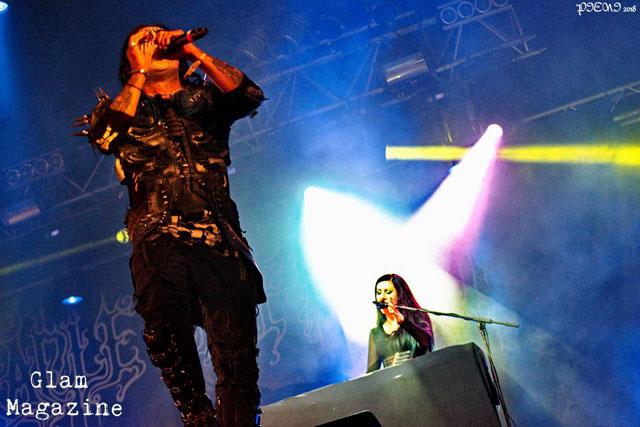 When the power went down in the middle of “Heartbreak And Seance” (or “Bathory Area” – can’t remember for sure. I do know it hadn’t been long since I’d left the photopit, so it must have been around the 4th or the 5th song), we all thought Dani Filth would throw a tantrum and that was it for CRADLE OF FILTH‘s first show in Vagos. It was quite a pleasant shock when he smiled and said they had done that, that he didn’t like that song and so decided to cut it short.

It had been 10 years since I’d last seen them live, meaning this line-up – already 4 years old at the time – was totally new to me. I’ve missed Paul Allender‘s evil faces, but must admit Rich Shaw‘s deranged expressions were super fun to shoot.

The only thing I disliked was Lindsay Schoolcraft‘s voice. Great keyboard player, not so much of a singer… not for CoF, at least.

Lost count of how many times Filth dedicated songs to their “friends in MOONSPELL“. Yep, he was definitely in a great mood.

As for me, I had way more fun than I thought I would. My copy of “The Principle Of Evil Made Flesh” had quite a rotation back in the day – “back in the day” being the key-phrase here… But it felt great hearing “the forest whispering my name” again.