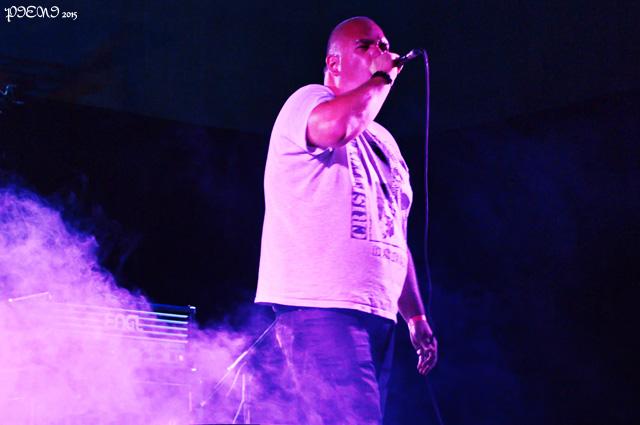 From the metalcore of HILLS HAVE EYES, the festival moved on to the crust/metal/punk of SIMBIOSE. Formed in 1991, it was the band on the bill with the longest career, after headliners MATA-RATOS (the latter born in 1982). “Trapped” is the title of their latest, sixth album (released in March) and songs such as “Ignorância Colectiva” (collective ignorance), “Acabou A Crise, Começou A Miséria!” (the crisis is over, the affliction has started) or “Modo Regressivo” (regressive mode) are some of the new tunes – with the same old social and political critique – that were part of one of the most brutal sets of the fest.

A metalhead who loves photography and her friends.
View all posts by Pieni →
This entry was posted in Concerts and tagged Casainhos, Crust, festival, Loures, Portuguese underground, punk, Simbiose. Bookmark the permalink.