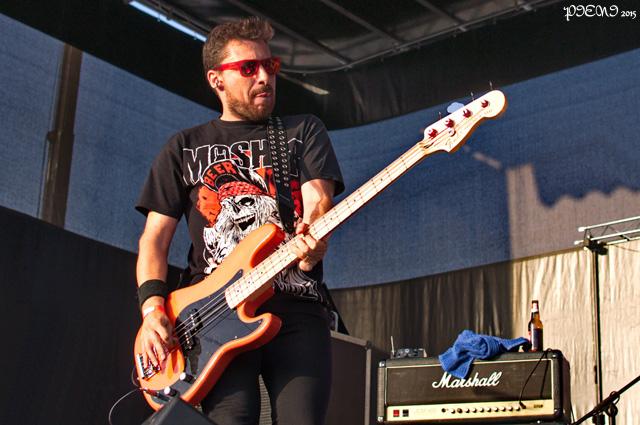 Back to punk rock, VIRALATA took the stage. A few problems with Ulisses’ guitar cable delayed the show for a few minutes, leading the singer to joke“what a grand start-up”. Their music is great, but it’s the lyrics – amusing as hell – that make them so popular, meaning that if you don’t speak Portuguese, you’ll miss the essence of VIRALATA. But if you were there, you’d certainly be carried away by the high spirits of both band and crowd. There was even a fan who climbed on stage and sang the lyrics to “Carocho” (if memory serves me well), totally unexpected but welcomed by the band. Huge fun!

A metalhead who loves photography and her friends.
View all posts by Pieni →
This entry was posted in Concerts and tagged Casainhos, festival, Loures, Portuguese underground, punk rock, viralata. Bookmark the permalink.