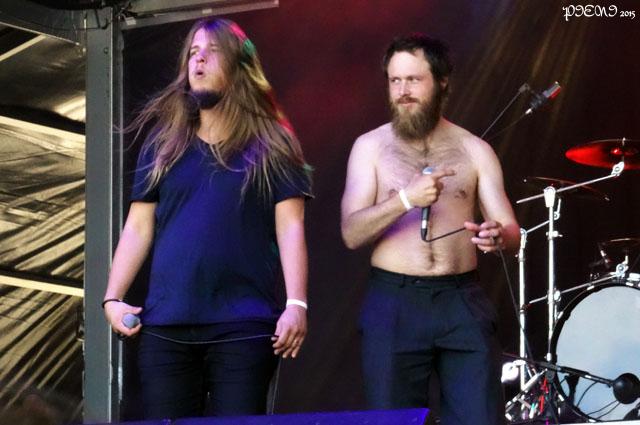 I was a little puzzled by VILDHJARTA’s presence in this festival. A MESHUGGAH-like band who hasn’t released anything new in two years nor have near-future plans except for a vinyl edition of their only full-length “Måsstaden”. An experimental metal band who doesn’t even appear to play live that much, Brutal Assault in Czech Republic and Vagos itself apparently being the only dates this year. I guess that “little puzzled” is an understatement after all. But you know what? The crowd loved them! What I and many were skeptical about ended up in a big party, not only for the exquisite music but for the amusing guys who performed it. One of them – not sure if Vilhelm or Mynd – asking if we’d like some tea was kind of priceless.

A metalhead who loves photography and her friends.
View all posts by Pieni →
This entry was posted in Concerts and tagged metal festival, Portugal, progressive metal, Vagos, Vagos Open Air, Vildhjarta, VOA. Bookmark the permalink.