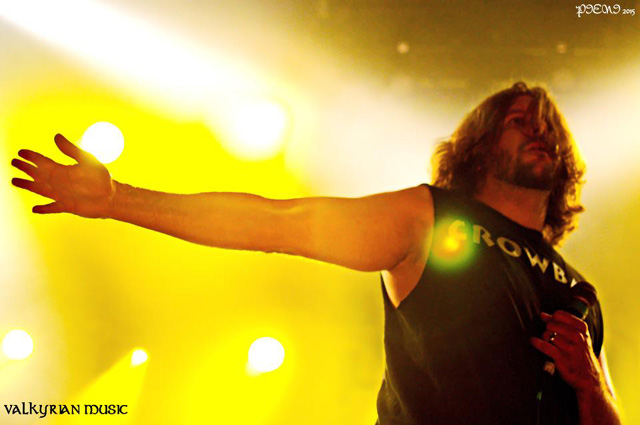 A big part of the crowd had high expectations regarding UNEARTH and those expectations were totally met. And the Massachusetts metalcore band also seemed very pleased with the Portuguese – I couldn’t see Trevor Phipps’ face when he said how amazing both Porto and Lisbon (in the previous night) were, as the lights were extremely dim (alternated with blinding strobes) during their show, but one could sense the honesty in his words.

Officially promoting their latest “Watchers of Rule”, they didn’t focus entirely on it, performing a quite diverse setlist. But whether it was an oldie or a new song, they all fueled the crowd’s fire. In the last song, “The Great Dividers”, Trevor himself crowdsurfed over the thrilled audience.

A metalhead who loves photography and her friends.
View all posts by Pieni →
This entry was posted in Concerts and tagged Arch Enenmy tour, hard club, melodic metalcore, Porto, Prime Artists, Unearth, watchers of rule. Bookmark the permalink.