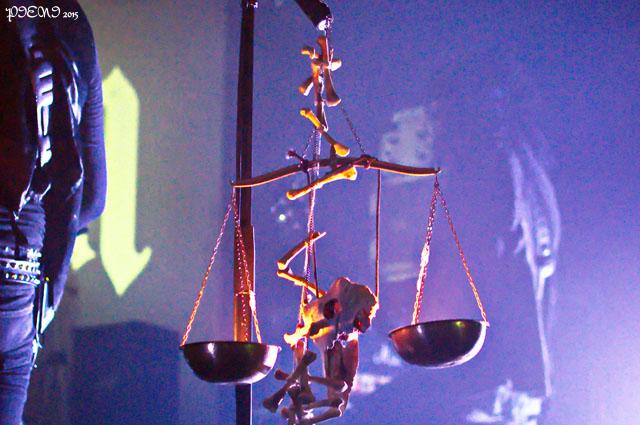 Now TRIBULATION, that was the undoubtful surprise of the night! I had heard of them recently – they’re featured in last month’s Sweden Rock Magazine – but it didn’t compel me to listen to their music; their image screamed black metal and I’m not exactly the biggest fan of the genre. Kids, never judge a book by its cover nor a band by its looks. Yes, their sound is rooted in black metal, but they add so many metal & rock elements to it, and play it live with such passion that they will enthrall even those who aren’t big on black metal (like me).

Like EMBRYO, TRIBULATION were promoting their latest third album, “The Children Of The Night”, which seems to be getting a quite good acclaim. I still didn’t listen to it, but I can totally vouch for the excellence of their shows.

A metalhead who loves photography and her friends.
View all posts by Pieni →
This entry was posted in Concerts and tagged black n roll, Keep Of Kalessin, Melechesh, Porto, SWR Inc, tribulation. Bookmark the permalink.