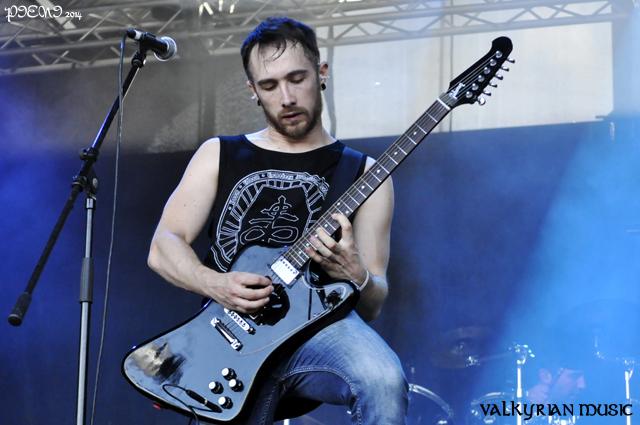 It was the first time SYLOSIS were playing in Portugal (after pulling out of the Epic Industrialist Tour, in 2012) and Josh Middleton admitted they weren’t expecting such a reception. The crowd was happy to finally experience live songs such as “All Is Not Well” and “The Blackest Skyline”, so the circles began spinning once again, at full force. And when Josh asked for TWO circles – one at the left, one at the right – they were eager to comply (same as the headbanging to the sound of nothing, but that’s been done before by other artists – the two circles, now that was new). At some point Josh said that this was the last gig of Rob (Callard, drummer), since he would be pursuing a career as a singer… in a Mariah Carey cover band. Such talented musicians and so humorous… no wonder no one cared about the “little” fail of asking if we were ready for KREATOR while playing a riff from SLAYER’s “Raining Blood”…

A metalhead who loves photography and her friends.
View all posts by Pieni →
This entry was posted in Concerts and tagged Prime Artists, progressive thrash, summer festival, Sylosis, thrash, Vagos Open Air, VOA. Bookmark the permalink.