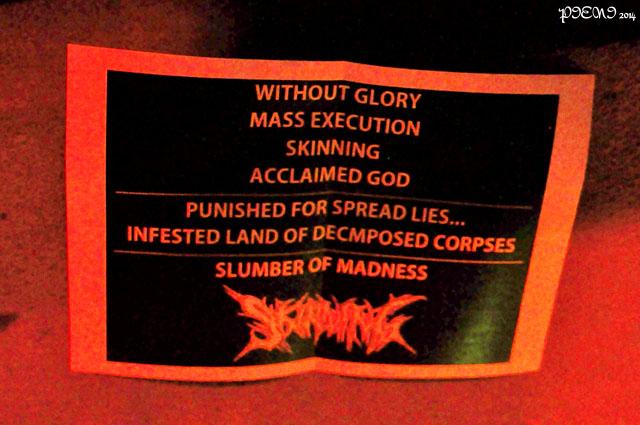 I’d heard a lot about Canecas Bar so I was eager to see for myself just how “metal crazy” the place was. And yep, the rumours were all true.

First band of the evening was SKINNING, death metal from Portugal’s cradle Guimarães. As usual, the intro to their show was Bernard Herrmann‘s “Twisted Nerve” (a.k.a. “The Whistle Song” from the movie “Kill Bill”) and then… well, look at the photo above for the setlist.

Apart from the song named after themselves, which is featured in their 2012 EP “Beneth The Scars”, everything else is taken from their just-released debut album “Cerebral Mutilation”.

They put up quite a brutal show to which the crowd responded from the very beginning. Just like they deserved.