On the day that Portugal celebrated the 41st anniversary of the Carnation Revolution, there was a different celebration at Hard Club – BIZARRA LOCOMOTIVA‘s presentation of their new album, “Mortuário”.

I’ve been to a fair share of BIZARRA shows over the years and this was the best one I’ve attended so far. The new songs helped, sure, but that wasn’t it. It was more the way the audience welcomed those same new songs and the intensity of the interaction between the band and the fans. Rui Sidónio apparently felt the same – he is one of those frontmen who lets the music – and his body language – do the talking on stage, never addressing the crowd; but this time, if you were among the first rows, you would often hear him say something like “you’re truly amazing”, while tapping his fist over his heart.

He’s also famous for jumping into the crowd and sing/dance with the fans, but this time he did that a handful of times more than usual. As his mic isn’t wireless, I kind of felt sorry for the roadie, who had to attend the wire…

Anyway, this is what live shows are all about. 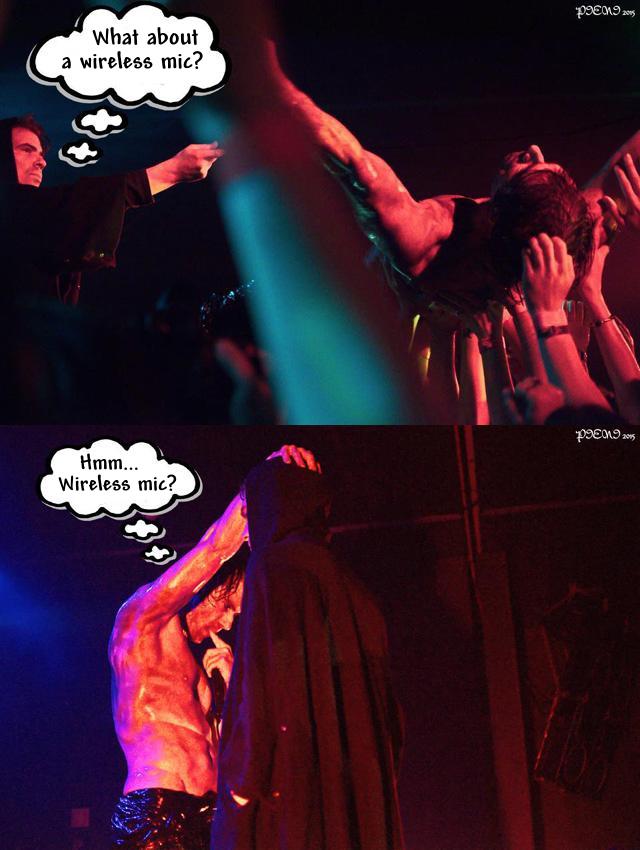 A metalhead who loves photography and her friends.
View all posts by Pieni →
This entry was posted in Concerts and tagged BIZARRA LOCOMOTIVA, hard club, industrial, mortuário, Porto, presentation show, Rastilho Records. Bookmark the permalink.