I waited 21 years to see SKID ROW live for the first time. And now, a little less than one year later, I saw them again. Life’s funny… 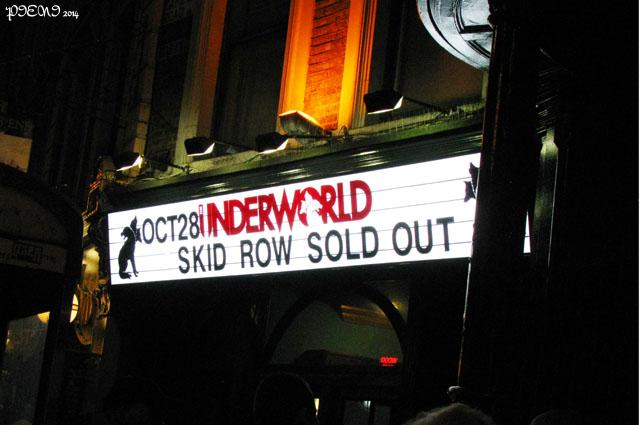 First band on stage was THE LAST VEGAS. If spirited rock’n’roll is your thing, there’s nothing not to love about these Chicago boys. I’m really bummed that I haven’t paid them attention before, even if they had the approval seal of Nikki Sixx, but this seems to be the story of my life in the past few years – unless I’m sent the album to review or I happen to catch the band on tour with some other that I like, I’ll miss it, no matter how good they are.

I was supposed to have seen them last year, in the co-headlining tour of HARDCORE SUPERSTAR and BUCKCHERRY, but they pulled out of it and I never knew why. But apparently it was written in the stars that I would see them and here I was, also in London, having a great time to the sound of songs such as “Come With Me”, “Devil In You” or “I’m Bad”. Chad Cherry‘s fluid movements will make you want to move along with him (although the music would already have that effect). He’s clearly a natural born rockstar and I’ll make my best to see him/them again, preferably in a bigger stage and playing a longer setlist – after all, “Sweet Salvation”, their latest album, is already their 6th; they surely deserve something bigger. 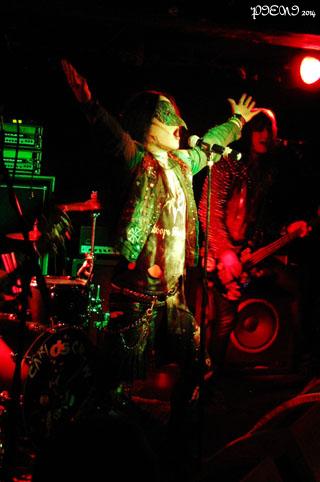 SISTER is another awesome band that I only became a fan of after a show with CRASHDÏET last year (read here). Too bad they didn’t get the warmest welcome from London as they did from Madrid – there was even an asshole screaming “you suck!” after every song – but that was the only thumbs-down about the show.

Their second album “Disguised Vultures”, released early this year, is much heavier than the “Hated” debut, which translated in an equally heavier performance. I admit I prefer the sleazier approach of “Hated”, but “Disguised Vultures” is no disappointment. The show was obviously focused on it, kicking off with “My Enemy” – with Jamie wearing one of those long, pointy nose Venetian masks, like he does in the video – only going back to “Hated” for the last song, “Too Bad For You”. That’s also when the boys in THE LAST VEGAS stormed the stage, one of them disguised as a banana (I think…), to sing/party along. London was the last show of the tour for both supporting bands, so a trick was mandatory.

Even though the gig last year was my first (read here), in a better lit venue where I got a better spot and wasn’t as much crammed (despite being sold out as well), there was something about this one that made me like it a bit more. The setlist was practically the same, just replacing a couple of songs by new ones (“Give It The Gun” and “We Are The Damned“, the latter a really cool song, with a powerful chorus) and adding QUEEN‘s “We Will Rock You” (which I agree that works better live than the “Sheer Heart Attack” bonus track that’s featured in their latest “Rise Of The Damnation Army – United World Rebellion: Chapter Two”).

The thank-you-for-the-eternal-support speech was slighty different – but just as heartfelt – since their self-titled debut album was celebrating 25 years since its release, and so Dave “The Snake” Sabo said something about the amazement that was seeing a full house still singing those tunes after so much time. Also the encouragement to help the opening acts was less dramatic, as this time Snake didn’t say the bands hadn’t eaten for about a week in order to have money to be on the road. No, this time was simply “we’ve seen the cars they drive”.

SKID ROW… They may not be physically young anymore, but the thrill of their shows is still wild.

A metalhead who loves photography and her friends.
View all posts by Pieni →
This entry was posted in Concerts and tagged Camden, Hard rock, London, rise of the damnation army, rock'n'roll, sister, Skid Row, sold out, the last vegas, the underworld, united world rebellion, youth gone wild. Bookmark the permalink.