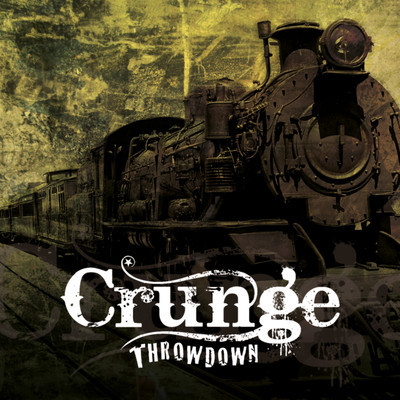 » There’s a new rock band from Stockholm that you might want to check out. Why? Because Crunge plays this hard rock full of classic ‘70s groove, blends it with hints of post-grunge, and spices it up with modern rock polish.

Both guitars in the opening track, “We Are”, produce that straightforward hard rock sound, backed up by a vivid and distinctive rhythm section. But unlike typical hard rock songs and very much like modern rock ones, “We Are” lacks a guitar solo. Instead, a melodic bridge takes place. The chorus is quite easy-listening – the aforementioned polish – and after the last one, the song darkens a notch, its beats, riffs and vocals becoming more syncopated and stronger.

The second song, “Take Me Back”, it’s the other way around – mainly a grunge tune, the roughness of the genre was smoothed without losing a certain edge. This one does have a guitar solo, a rocky one, and the chorus is also catchy.

The title-track is probably the most classic of the five pieces, with a slight whiff of southern rock to it. Really groovy and swayful, great to be played lived.

“All The Lights” returns to the post-grungy path, but detours often to the hard rock alleys in independent passages – not a rock & grunge cocktail as until now, but a sandwich with its distinct layers. And yet they melt perfectly at the point where one ends and the other begins.

And “Falling To Pieces” is a nice rock song with a pumping rhythm.

Formed in 2010, Crunge released a self-titled EP in April the following year, and now on October 25th this “Throwdown” will see the light of day (with a proper release party at RoQ, in their hometown, two days later). Hopefully, the next time I review their work it will be regarding a full-length. «