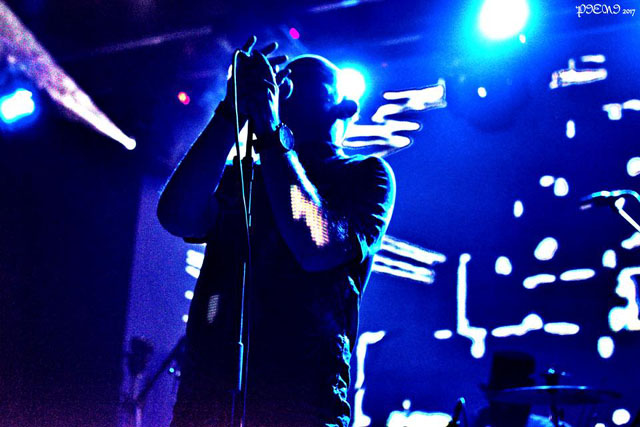 PROJECTO SEM NOME had better lights – except on bassist Eugénio – but then again, drummer Rui, who’s also a photographer, may have given some instructions to the tech. He even teased me a bit prior to the show, mentioning the first-three-songs-no-flash rule that photographers must follow on big shows.

With the release of their debut album, “Bulas Para Dedos E Coração” in October, they weren’t just helping their friends BLAME ZEUS celebrating the release of “Theory Of Perception” but also promoting their own. They’re a lot more at ease than the first time I’ve seen them (see here) but then again that was over three years ago. Plus, the stage was quite bigger this time, singer Cristóvão was able to move his body more freely.

I was expecting to see BLAME ZEUS–Sandra join them on stage for “Marcha Gole”, like on the album, but that song wasn’t featured on the setlist. Not a disappointment, mind me, as the set, from the opening “Acácia” to the closing “Valsa Dos Dentes”, was a top-notch performance.

A metalhead who loves photography and her friends.
View all posts by Pieni →
Gallery | This entry was posted in Concerts and tagged alternative rock, Blame Zeus, hard club, Porto, Projecto Sem Nome, PSN. Bookmark the permalink.