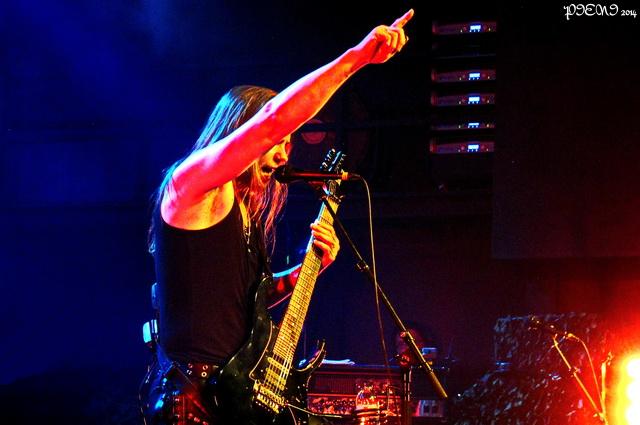 Sometimes people arrive at venues just in time for the headliners. And then sometimes you have bands like TÝR as the opening act. And it was the first time of the Faroese in Portugal, so one more reason not to miss a thing – the line was huge way before the opening of the doors.

As opening act, they didn’t have much time to play, but that didn’t stop Heri Joensen to address the crowd several times – either to thank them for the warm welcome or to introduce the songs, some along a joke (“you know how women can be a nightmare” was how he introduced “Mare Of My Night”, for instance). It also didn’t allow them to go through their whole discography, the oldest songs from their 5th album “By The Light Of The Northern Sky” – the Farose-sung “Tróndur Í Gøtu” and the very popular “By The Sword In My Hand” (lots of voices joined in on this one). But however short their gig might be, TÝR strike me as the kind of band that make every minute worthwhile. That’s what happened that night, at least. 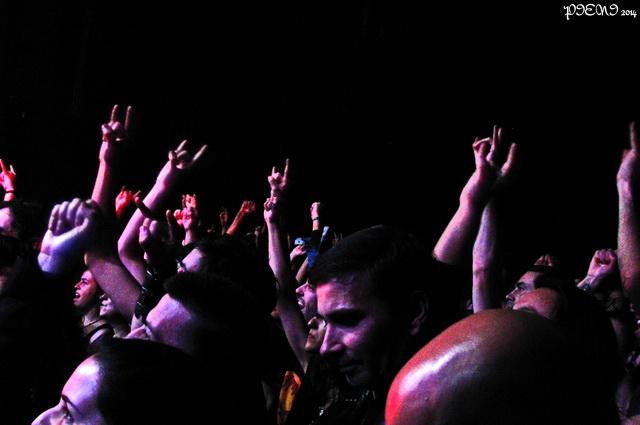 A metalhead who loves photography and her friends.
View all posts by Pieni →
This entry was posted in Concerts and tagged Faroe Islands, folk metal, hard club, Heroes on Tour, Porto, Sabaton, SWR Inc, Týr. Bookmark the permalink.