PLAN THREE’s “The Signal – part one” 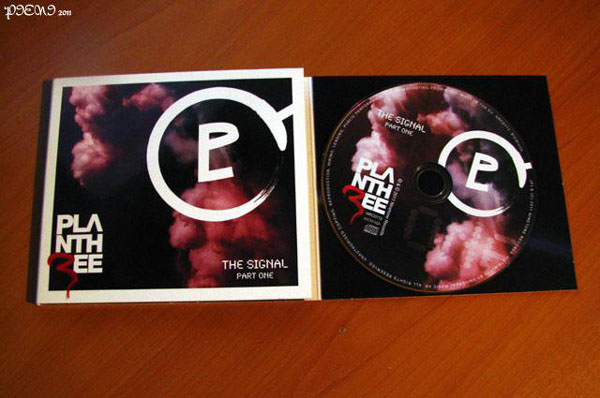 On November 25th 2009 Swedish rockers PLAN THREE released their debut full-length “Screaming Our Sins”. Exactly two years later, “The Signal – part one” hit the digital stores (physical copy available a few weeks later). But don’t be disappointed, 3-believers, for this being “just” a 5-track EP. Did you notice the “part one” on its title? I still don’t know how many more parts there will be, but there will. It seems that this idea of releasing a series of EPs instead of an album is catching on, which is nice. Of course one becomes eager for more, but at the same time, it gives us longer to appreciate each song until the follow-ups are released.

The first track, “Chasing Tornadoes”, was a very good choice for a single (there’s even a production video – the boys in the recording studio – with the full song, so I guess it’s fair to call it “official video” as well). The opening keys go right into your ears, leading the way for the guitars (bass included) and drums to carry you away. And then Jacob Lovén’s voice comes in, covering high and low tones with all its characteristic emotion.

The second set of vocals (as it’s much more than backing vocals) on “The Soldier” give a special touch to the song, while “Wake Up” it’s the ballad that this EP just couldn’t miss, full of very PLAN-THREEish melodies.

The band saved the rockier tunes for last, in the forms of “Battle Song” (NOT a Viking/folk song, trust me) and “Kill Anyone”. The latter with an amazing electronic intro, that in my humble opinion has what it takes to replace “Triggers” as the opening track on the next tour.