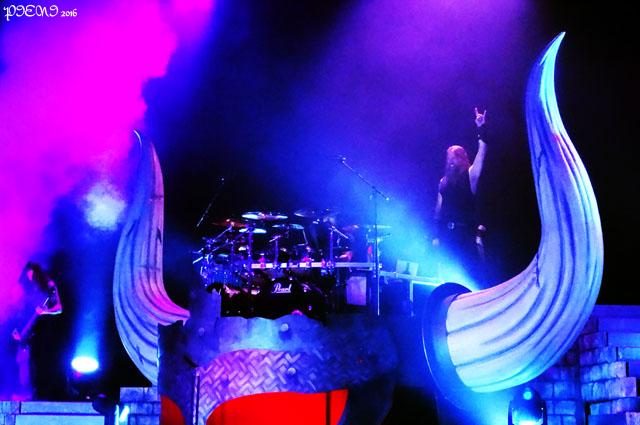 Vikings AMON AMARTH dropped by my hometown to promote their latest release and that was reason enough to buy a ticket – even if I didn’t pay much attention to said album; nothing personal, just not exactly my favorite cup of tea, although it’s always worth it to see them live. If that wasn’t the case, well, I’d be there anyway – they brought along TESTAMENT, a band that marked my teen years and whose latest album “Brotherhood Of The Snake” (review here) is simply a killer. So it was a double must-see.

But before all that there was GRAND MAGUS. Great band, no doubt, but traditional heavy metal has long stopped impressing me. Mind that I’m not trashmouthing the genre or the bands that play it – it’s just a matter of preferences. I had someone taking offense when I admitted that these bands now all sounded the same to me, as he claimed GRAND MAGUS had quite an unique sound. Maybe they do, but I honestly didn’t hear it.

Last May their new record “Sword Songs” saw the light of day, but they chose to perform an inter-album setlist instead of focusing just on the latest one. In fact, it seems they’ve only played one new song, “Varangian”. If I were a fan, I’d appreciate the choice – if you’ve been around for more than 15 years and released 8 full-length albums, you’ll probably have people eager for older stuff. Kudos to them for that, for the good metal show they put up (just because I wasn’t particularly impressed doesn’t mean I thought it was crappy either!) and the “Conan” intro they kicked it off with. 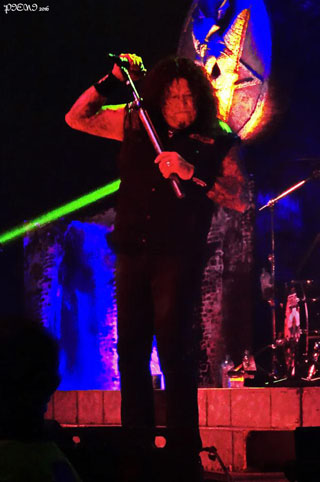 As aforementioned, TESTAMENT was the band I was most excited about but I must confess I wasn’t expecting THAT. Maybe because the last time I’d seen them (report here), despite having a blast singing along every tune, I was a bit disappointed with their somewhat shallow stage presence. Boy did they made up for it this time!

Chuck Billy has said that “Brotherhood Of The Snake” reinvigorated the band, so maybe that was it. Don’t know and honestly don’t care – the show was BRUTAL and that’s all it matters!

Yes, there were a lot of other songs I wish they’d played, but I can’t complain about any of the ones they did play. That night TESTAMENT reminded me why I liked thrash metal in the first place.

Of all 6 times I’ve seen them, this was definitely my favorite show – and I’m not talking about the scenery, with the Viking-helmet drumset and the warriors fighting; I’m talking about the musicians’ performance itself. I screamed at the top of my lungs along “The Pursuit Of Vikings” and “Guardians Of Asgaard”, headbanged like there was no tomorrow to “Deceiver Of The Gods” or “Death In Fire”, and had a broad smile on my face every time Johan Hegg – Mr. Congeniality – addressed the audience (his Portuguese gets better at every concert, by the way). But it was still TESTAMENT who left my heart full. 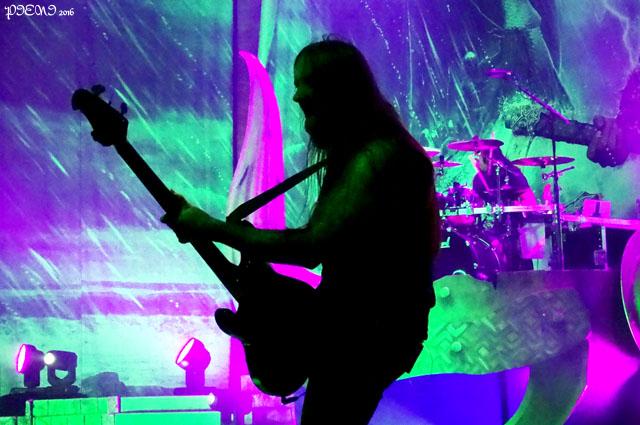