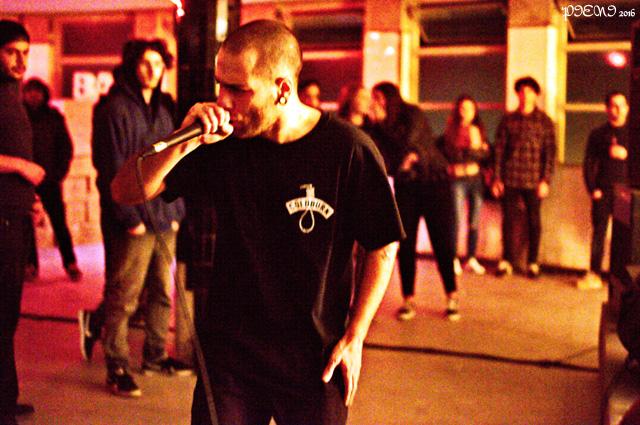 Once again, Vitinha and his Rock On Música SJM promoted a band contest to elect the opening act for this year’s Casainhos Fest. In a proper venue this time, although the lights still sucked. So even though I missed shooting gigs (it had been one month and a half, give or take), the lack of front lights demotivated me a bit and I ended up taking just a few shots of each band. The first one, THE IDYLL’S END, delivered some spirited, raw hardcore, featuring a singer that felt more comfortable among the crowd than on stage – cool, uh? They won the contest, and albeit my vote went for another band, I know they’ll do good in Casainhos.

A metalhead who loves photography and her friends.
View all posts by Pieni →
This entry was posted in Concerts and tagged band contest, Casainhos fest, hardcore, Rock On Música, São João da Madeira, SJM, The Idyll's End. Bookmark the permalink.