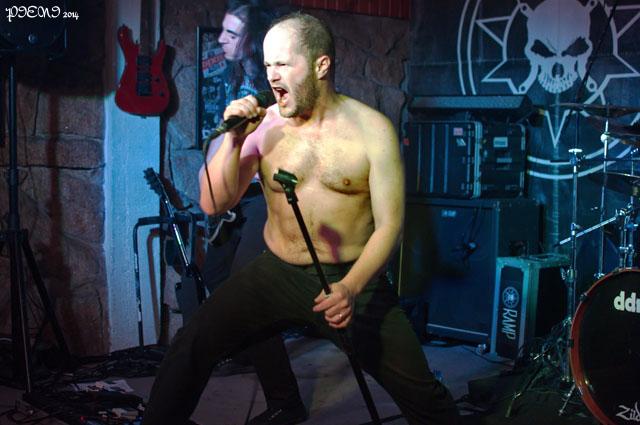 The final date of R.A.M.P.‘s “Rampage Tour” took place at the already mythical Canecas Bar and DEBUNKER had the honor of kickstarting it. “German thrash metal” DEBUNKER, as R.A.M.P.-Rui Duarte would call them, although he meant the genre, not the actual nationality of the band, which is Portuguese, like everybody else’s on that stage that night.

I’ve been to a few gigs of these guys by now – including the first one, if I’m not mistaken – and it feels good to see how much they have evolved in terms of live performance. Not singer Paulo, though. That man has been a beast on stage since minute one.

But the others were holding back a bit and now they’re finally loosing up.

A metalhead who loves photography and her friends.
View all posts by Pieni →
This entry was posted in Concerts and tagged canecas, debunker, Paços de Ferreira, rampage tour, thrash metal. Bookmark the permalink.