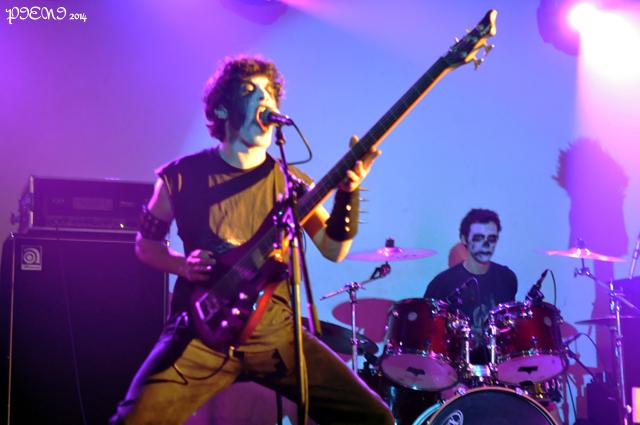 Laughing is good, but there’s a time and a place for everything. And since Wacken Open Air is such a big deal in the metal community, giving the chance of playing there to a joke band like LOS HERMANOS MASCARADOS just seems wrong. Or at least I think it’s a joke – a black metal trio, with a matching dress code and corpse painting, a major inverted cross in the middle of the stage, screaming about dead garlics or traditional sheep cheese can’t surely be taken seriously. Of course that they sing mostly in Portuguese, and even if they didn’t, it’s hard to understand whatever Lorde Grimm is growling anyway, so a non-Portuguese speaker may not get the joke. And that’s just it! If they want to stand out by being a parody, a national one, why the hell participate in a contest with an international goal?! They didn’t pass on to the following round, which was kind of obvious, but still I think there were a lot of other bands who deserved to be on that stage that night. Or maybe there’s something wrong with my sense of humor…

A metalhead who loves photography and her friends.
View all posts by Pieni →
This entry was posted in Concerts and tagged black metal, hard club, joke, Los Hermanos Mascarados, W:O:A: Metal Battle. Bookmark the permalink.