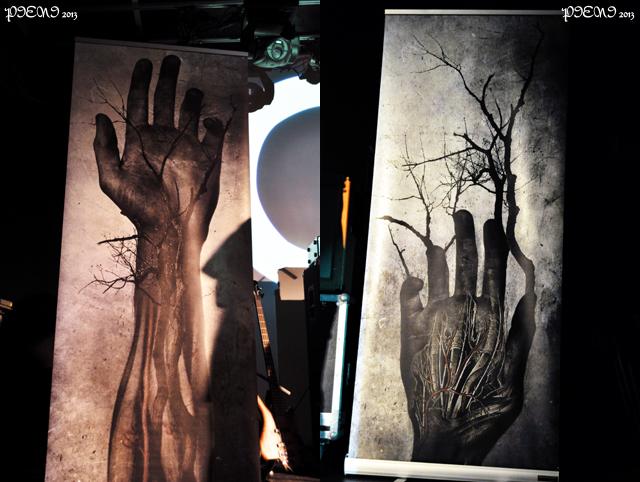 » Head:Stoned, formerly known as Headstone, have also been out of my radar for a while. To the point that I didn’t know they had released a new EP early this year,  “Present Inexistence”, which they played almost in full. “Nobody works tomorrow?”  asked singer Vítor, seeing so many people there past midnight, and thanking afterwards for the support.

The new songs are really powerful and work awesomely well live! Of all three bands on stage that night, Head:Stoned was the one I’d seen the most and I have no doubt that that was the best concert I’ve witnessed of them. Sadly, given the strong strobe lights, I started to feel pretty dizzy and was forced to go in the back of the venue, and eventually out of it, before I passed out. But according to their setlist, I can tell you that even if they were focusing on the aforementioned latest EP, they played a enough songs from both the full-length “I Am All” and the debut EP “Within The Dark”, like “Through All The Doubt”, “Hope Lies Dead”, “Will It Take Madness” and the mandatory “This Void”, which finished the show. «

A metalhead who loves photography and her friends.
View all posts by Pieni →
This entry was posted in Concerts and tagged hard club, headstoned, present inexistence, progressive, within the dark. Bookmark the permalink.