I’ve known and liked To/Die/For practically since their first album, “All Eternity”. So despite my long to-do list, I couldn’t miss the chance to interview Jape, now also known as J. von Crow.

Pieni: Personally, I feel that your latest album is “darker” and heavier than before. Do you agree? How would you describe “Samsara” in your own words?

Jape: Yes… it may be darker than previous albums. We didn’t  make any plans what to do at the time we started to create songs and record them. “Samsara” is written about real happenings in our lives, so everything happened naturally. “Samsara” is more like “down to earth” than previous TDF albums ever been.

It was recorded very spontaneously without thinking what it “should” sound. We just spat out all of our feelings. In my opinion “Samsara” is a very HONEST album. It is like your newborn child, who looks you in the eye for the first time and smiles.

That is how I feel, even if this is not the best album in the whole fucking world, but this is the best To/Die/For album, and the one which saved this band from dying!

Pieni: And why call it “Samsara”?

Jape: Long story but I try to explain it a bit more shortly…

Samsara is like a circle of life, including everything people can feel and experience in their lives. It is a Buddhist thing but for us it does not have much to do with their thing. For us SAMSARA means things we went through in 2010, when we created these songs. My little brother died, and we dedicated two songs for him which are “Death Comes In March” and “Someday Somewhere Somehow”.  “Kissing the Flames” tells about our attitude,, like how we all are always living on the edge, and we know it, but we still do nothing about it. Just let it rock and roll until the end and trying to have fun. so… that is our Samsara in 2010 and it is a full picture of that time.

I’ve taken influences from my travels in Asia and especially from India. I love to spend much time in there.

Pieni: This is your 6th album… recorded by a 6th different line-up(although with recurring members). Have those changes ever affected the stability of the band or, by the contrary, keeps the challenges and the dynamics up?

Jape: Line-up changes have always been very hard for me, and killed a little piece in me. Also those changes pissed me off a lot! Some persons joined to TDF with a wrong kinda motivation. Someone only tried to grow his own ego or something stupid. Someone  maybe just wanted to stand on stage outside of Finland to get new experiences etc. And when that kind of things came out, you can only guess how pissed I was! But now, when the line-up is better than ever, those monsters have died in my heart. I feel good again! Now, every member is so good, that if one of them wants to leave the band, I am not sure we can continue after that.  We’re like brothers now.

Pieni: Do you keep in touch with the parted members? Tonmi Lillman (R.I.P.), for instance. He worked with many bands in his career but it was with To/Die/For that he recorded more releases. Were you still friends when he died last February?

Jape: We were good friends with Tonmi until the end. We were friends from our childhood, so of course we were fighting sometimes too, as friends do. Last time I talked with Tonmi on the phone it was two days before he died. We were remembering some funny things we did like 20 years ago, and we were laughing a lot. It was the last time I heard his voice.

Not many people know that we tried to create this sixth TDF album first with Tonmi Lillman in 2009, but it never happened, because of too many reasons. I composed  10 or 11 new To/Die/For songs with Tonmi, and we recorded demos too. Tonmi was the only one who had these demos, on his computer as mp3 versions, and now no one has those demos anymore. These demos are lost in Tonmi‘s computer and it is funny to think, that I am the only one besides Tonmi who knows these songs! Tonmi took his part within when he died. SO… 6th album never happened with him, because of many reasons, but everything went well anyway. He joined Lordi, and we found a good guy for the band from our hometown.

There’s  the To/Die/For logo printed on Tonmi‘s gravestone. I have very strong feelings, and feel shiverings down my spine,  everytime I visit his grave.

Hopefully he is in a better place now! Peace and Love for him! 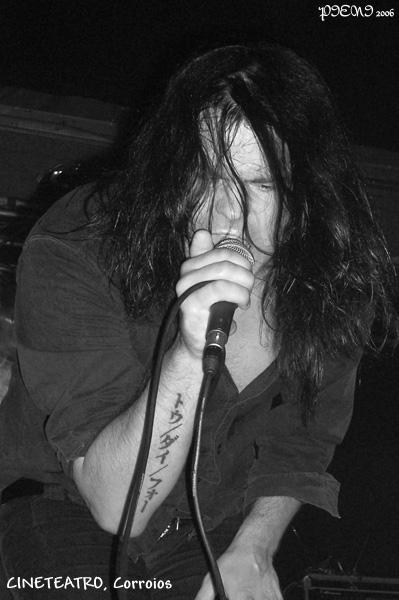 Pieni: “Samsara” was first self-released in December. How hard it was to put out a record without a label?

Jape: It was first self-released only in Finland. After that we sold license deals to some countries like Japan and Russia. Also to one small label in Canada.

It was very hard to handle everything by ourselves. Money, schedules, too many mails and phone calls, etc. We didn´t like it at all. Making music is what we love to do, but all this shit around it sucks.

But this time we just wanted to try to do it by ourselves and there was also good things in it. We had no pressures from the label. We had the possibility to record when we wanted to. Stay at home if we felt like that and do nothing. No deadlines, etc. We felt more FREE!

But anyway, now Massacre Records kinda released it again in Finland too, with their label…

Pieni: It had been 5 years since “Wounds Wide Open”. How did the fans take this break and, consequently, the comeback?

Jape: People have been writing to us that they’re happy. When we started to create the “Samsara” album we didn’t give a shit what people think. But I see our old fans have not gone away. We still have our cult name in the scene and it feels good, and hey! We will come now harder than ever! Like having sex for the first time!

Pieni: What about Massacre Records? How did that deal come up?

Jape: I do not remember exactly, but our booker in Germany(Heavy Space Agency) wrote to Massacre about TDF, I guess. So we need to thank Robert there. Anyway we’re happy that Massacre believed in us and we will do our best and even more to grow bigger!

Pieni: No single has been released to promote “Samsara”, but a video for “Hail Of Bullets” did the same trick. Promotions aside, which is your personal favourite song from this album? (Mine is “Folie À Deux”, by the way).

Jape: Who buys singles nowadays? Not many… People are downloading for free everything from internet, as everybody knows. Sometimes we feel like even doing full-length albums is craziness. If you want to try to grow bigger, you just should find that one song, make a nice video and use the rest of the money for promotion. And licking asses everywhere and check if it goes anywhere. But we do not like to do that! We have to stay honest to ourselves and to our music.

Personally I do not have just one favourite song on the album. It depends on what mood I am. Every songs has its real meaning for me so… cannot say just one.

By the way, that “Hail Of Bullets” video was never meant to be an “official promotion video”. I created it by myself at home one day when I was drinking coffee and had nothing else to do. I used clips from our tour in China. And yes… “Folie À Deux” is a nice one, really!!! We always play it live nowadays and it works! 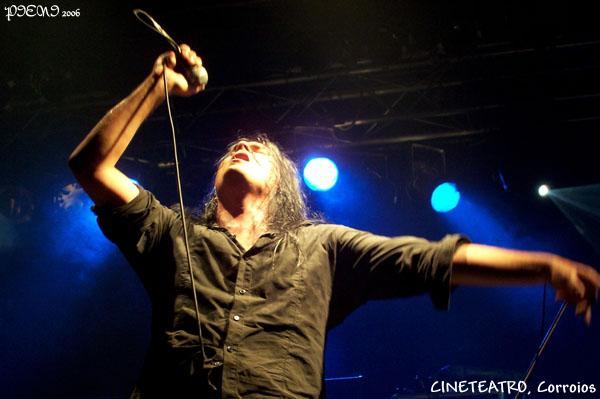 Pieni: I don’t know if it’s the acoustic guitar or the vocal feeling, but when I first heard “Death Comes In March”, it felt like it had been spontaneously recorded. So just out of curiosity – how many takes were needed to get that track done?

Jape: It was recorded 100% live about 4 a.m. in the morning, fucking drunk and stoned in my parents living room and we were also naked, me with Antza Talala, while playing and recording it. It was middle winter, and over minus 30 Celsius outside. We took a couple of microphones outside, which recorded those weird noises from the fields. that “crak” sound on it, is real noise which comes when trees are going to be very icy because of that fucking cold thing… dunno how to explain it in English what it actually is. Also you can hear a train which goes by, etc. And hey!! OF COURSE IT IS ONE TAKE, not more. Not fixed afterwards, etc. Real thing, you know. Same as “Oblivion:Vision” which is improvised. also lyrics on it are improvised. We may be crazy but we put it on the album because nowadays not that many bands use any improvisation on albums.We just wanted to do it.

On “Oblivion…” I am playing Rhodes piano, Antza plays his telecaster, and Eza Viren, our bassist plays acoustic guitar. And as you may guess, yes we took some “herbs” to get more deep feelings into this improvisation and feeling which we get only like that. And like with “Death Comes in March”, also this has only one take.

Pieni: I remember a time when the address for your website was “todieforlove.com”. Was it just the address or did the band’s “philosophy” change as well? Do you still believe in dying for love?

Jape: There’s no life without love, but I do not always mean love between two persons. There’s many kinds of love all around. And without love no one can find paradise. Paradise cannot be found alone. You may feel some kind of love when you wake up and watch out from your window and the weather is looking nice and it makes you smile… That is love too!

Someone loves some kind of “feeling” like after sex… etc.

I need people around me who I really can love! also I need things in my life, which I really can LOVE and it is never some material shit! It is traveling, music, peaceful moments sometimes, living outside of society as much as possible with my own opinions and with my own thoughts. That is also LOVE. If I would do as society wants me to do, which I hate, it would mean that I’d run away from my love – totally same  feeling.

Even like… a Black Metal guy has his love for things, or some serial killer loves things. He loves the feelings he get from it all or also he can be a prisoner of those stupid things! Love and hate are always fighting in our hearts.

That is what I mean , universal love and you need to have REASONS to live. If you live without Love, you´ll die for nothing Peace, Love, Freedom and Rock and Roll! That is what my life is and has to be!

Pieni: Thank you once again and all the best for TDF’s future!

Jape: Thank you very much!

A metalhead who loves photography and her friends.
View all posts by Pieni →
This entry was posted in Interviews. Bookmark the permalink.

2 Responses to Interview with JAPE PERÄTALO