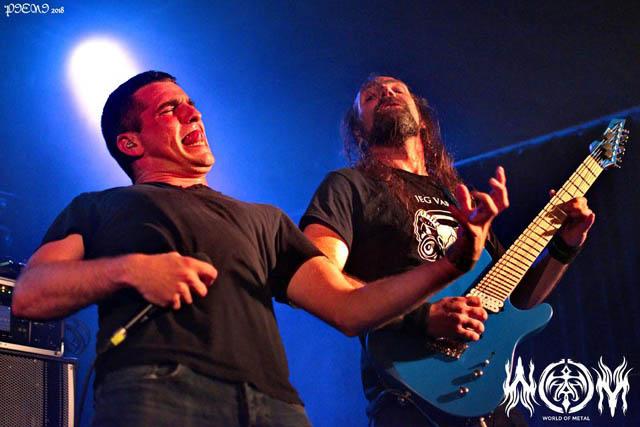 Hearing a band say “it’s good to be back” in your country always feels good, but it feels even better when you can sense the truth behind those words – like it happened with GOROD.

They were promoting “Æthra” and around the second song the guitars became inaudible. Julien Deyres kept singing but when he realized it was something that could take a while to be fixed, he changed the lyrics of whatever he was singing into “we blew the PA!”, causing general laughter. Fortunately, it wasn’t an ultimate “blow” and a few minutes later the gig resumed its course. Deyres took those minutes to express the pleasure it was taking part in that tour, with those great bands, and also praising the Veiga brothers of SWR Inc. and the 15-year friendship they’ve been keeping.

They’ve finished the gig with the classic “Disavow Your God”. An exemplar stage posture, both in attitude and performance, and with no intent of diminishing the merit of any of the other bands on the bill, this was definitely the one which moved me the most.

A metalhead who loves photography and her friends.
View all posts by Pieni →
This entry was posted in Concerts and tagged Death metal, Gorod, hard club, Porto, progressive, SWR Inc, World Of Metal. Bookmark the permalink.