For EQUALEFT the darkness remained but now in shades of blue. At least now we had permission to shoot the first two songs in front of the stage (thanks for that, André). This was the second to last show promoting “Adapt & Survive” (review here) and, sadly, also the next-to-farewell performance of drummer Marcos – his personal life got to a point where playing in such an active band as EQUALEFT wasn’t possible anymore.

It was really weird watching EQUALEFT sitting down. While it’s easily manageable to headbang in that position to REDEMPTUS’ sound, EQUALEFTt’s groove makes your whole body pulse and the urge for movement is harder to control. But we did it, somehow. As for the band themselves, they didn’t stop and the floor literally throbbed to songs like “New False Horizons”, “Invigorate” (the light-saber song) or “When Ruin Becomes A Bliss”. 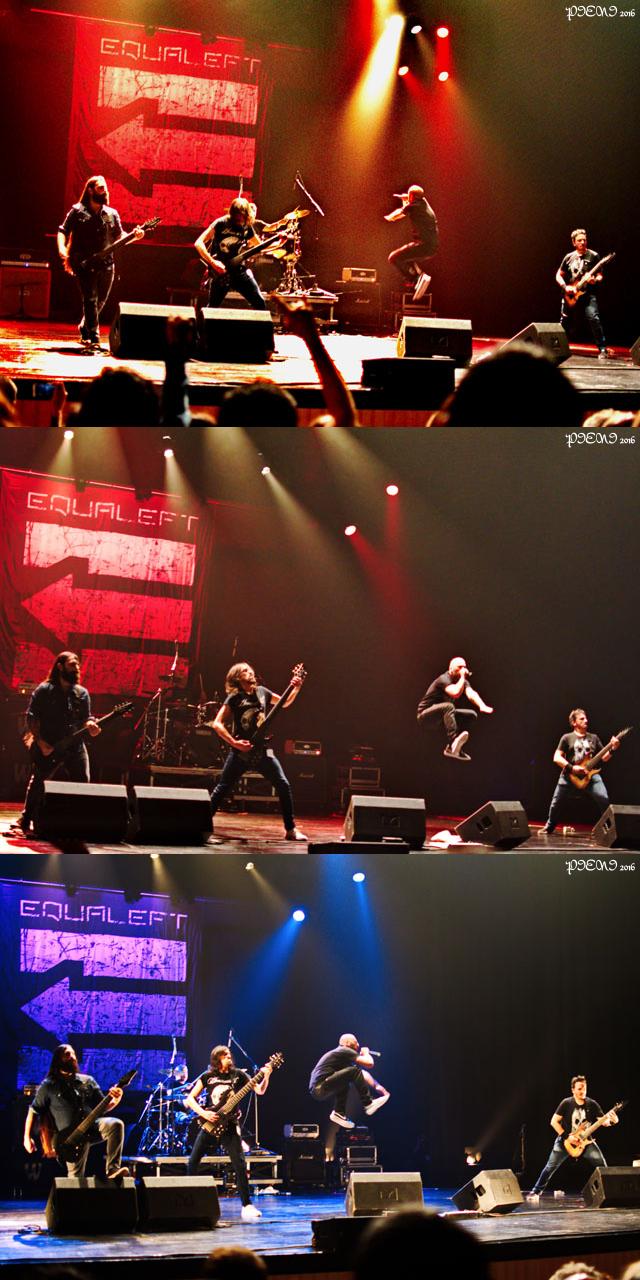 Ass down, horns up: 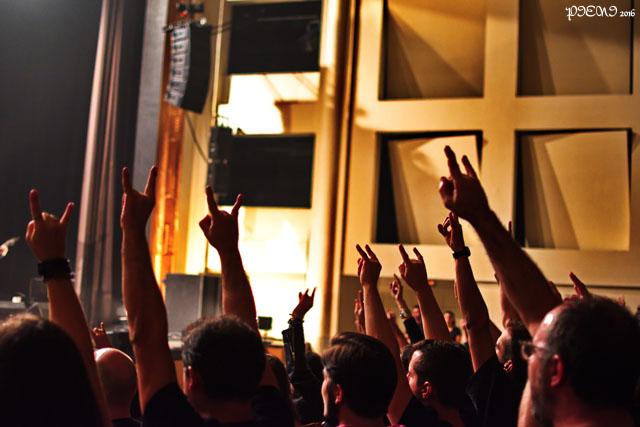 A metalhead who loves photography and her friends.
View all posts by Pieni →
This entry was posted in Concerts and tagged Equaleft, groove, metal, Porto, Porto Best Of, Rivoli. Bookmark the permalink.